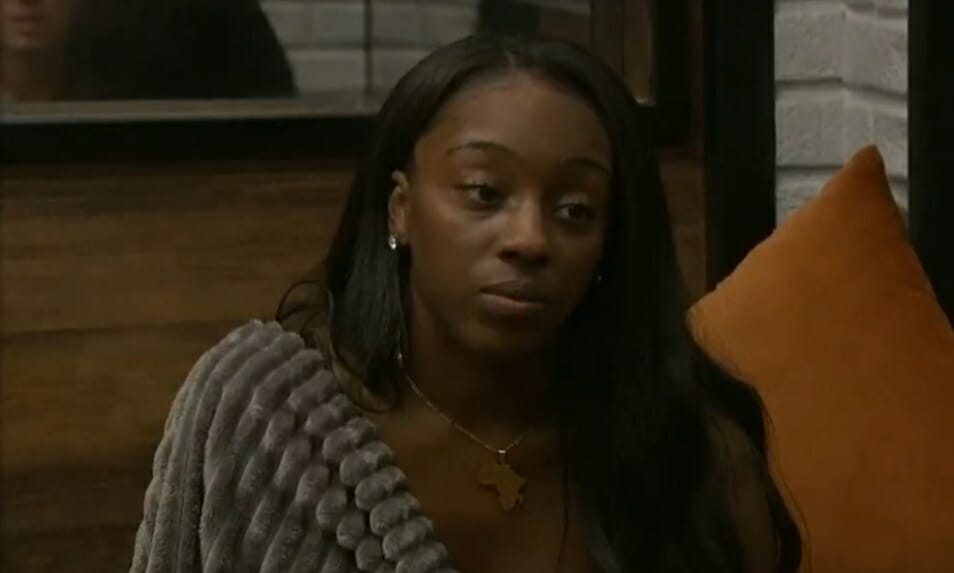 Good morning all! I want to remind everyone that this weeks Wednesday episode will be airing this evening instead of tomorrow, before I forget. We finally had the veto ceremony that we’ve waited for since Saturday.  As most of you already know, Day took Kevin off the block. (Of course she did)  Was there ever really a question as to whether she would?  She’s only just beginning to trust David a little out of necessity and regardless of how good or bad Kevin is playing, he’s the only person in that house she can trust. It’s the equivalent of Nicole being on the block,  Dani winning the veto and everyone wondering whether or not she would use it. You don’t leave your best ali otb, period. (Well, unless your Dan and Memphis and its BB10. Actually, Dan is the one who put Memphis otb to begin with but I won’t get started on that)  I know an argument could’ve been made that Day would’ve bought herself more time and been less of a target, if she’d gone with the flow and given ‘the house’ what they wanted. What would that get her?  She’s outnumbered so the odds of Day winning this game are slim anyway. Leaving Kevin up there may have delayed her being the target, but not by much.  Are Day and David going to win comps to the end? No, they aren’t and that’s almost the only way she wins the game.

She’s still a target but at least this way, there’s a chance Kevin and David go on the block before she does, (they may be mad at Day now but they know Kevin performs better in most comps) plus it’s an extra person fighting for the veto. Kevin may have only won one comp but he performs pretty well in and he does better than David. They’re in jury now so either she wins the game or she goes to jury. It doesn’t matter if she’s the 2nd one or the 5th one. Leaving Kevin up there would have been completely stupid in my opinion. 3 people against the house are terrible odds but 3 is better than 2. 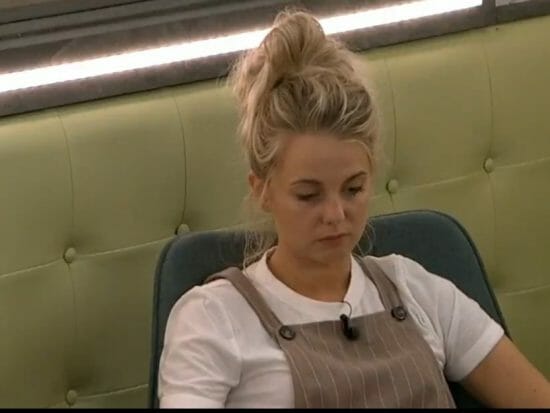 Does anyone think this…. 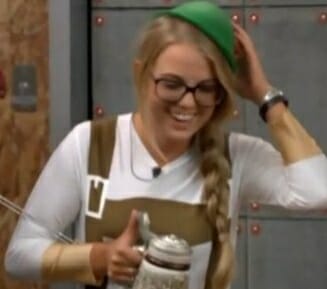 ….looks very similar to this? (Is Nicole wearing one of her punishments from a past season?)

I’m optimistic that we’ll see a good episode tonight based on the way the hgs have talked about the veto ceremony. Days plan was to not give out her decision because she wanted to surprise everyone and hoped to catch Dani off guard.  I figured she’d be disappointed because the night before, it sounded as if everyone knew she was going to use it. Either they really were surprised or the Committee had just done a good job of convincing themselves that Day wouldn’t use it, simply because it wasn’t convenient for them if she did.  (mostly Dani and Nicole)

Recap of the day:

I’ve noticed Nicole and Dani have both developed the attitude of ‘I’m a better player, I know what I’m doing, let me do the talking.’  This is how it sounded when Dani was asking Nicole what she’d said to Day about using the veto. Cody listens to them both complain about the other one constantly lately.  He’s had a pretty easy ride so far this season and having to listen to that all the time may be his biggest annoyance so far in the house. 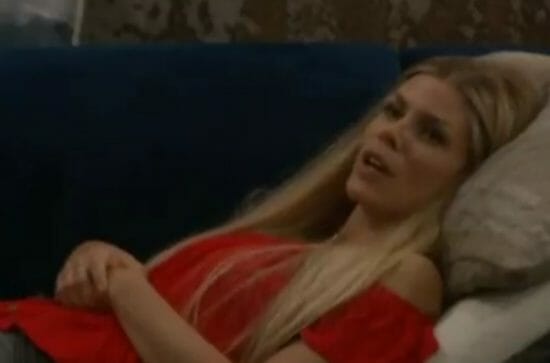 Quick mention: Dani and  Cody talked about Nicole getting drunk the night before. Dani said she was a mess, fell out of the Tub and banged her head a couple of times. It sounds like when the feeds were down the other night for so long, they gave the hgs more alcohol than usual. They laughed about that being the reason Nicole was sleeping late. Cody joked about her not being able to handle alcohol. Dani laughed and said “she was so sloppy, it was embarrassing.” (It explains the morning sunglasses. They weren’t talking bad about her and it was good natured. I won’t say anything either because I know I’m a lightweight too) 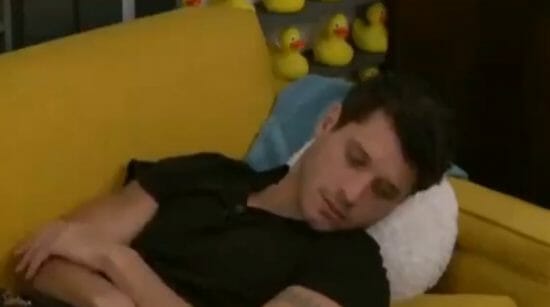 This image is from yesterday but not that conversation. Sorry.

With all the talk of going home, I suppose they could let Ian and Tyler both forfeit the money and have a 7 person jury if it came down to it.  I’m sure that isn’t going to be the plan but hey, at least they have an option with two people wanting to take off. As far as campaigning, I’d expect alot to be going on today to try and avoid that ‘first in jury’ spot that makes everyone so fearful.  Maybe it’s true what they say about being afraid of the unknown. Day, Dani and Nicole are the only people left in the house who have actually been to a jury house.