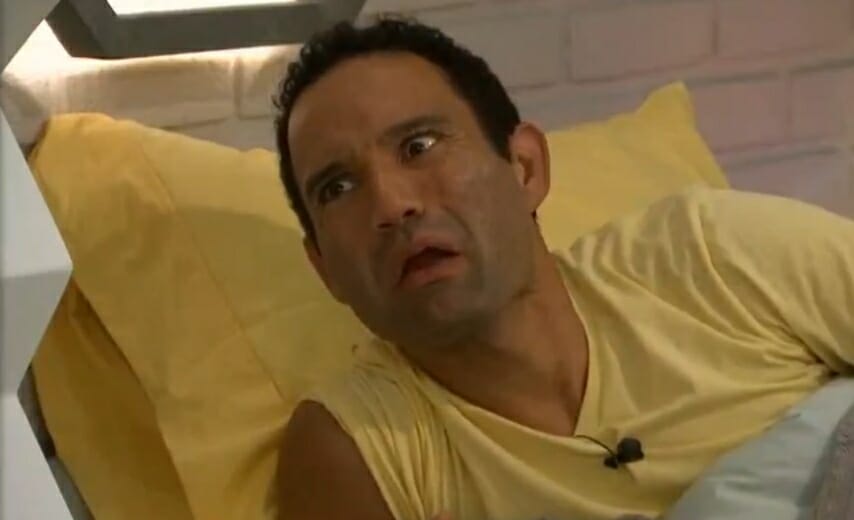 Memphis – Memphis is the current HOH. As part of 6 person alliance that includes Cody, Tyler, Christmans, Nicole F, and Dani, the new HOH is sitting firmly on the top of house totem pole. He has done a great job connecting with most of the house. He has a comp beast in Cody supporting him in both the 6 person alliance and their own duo alliance, The Commission. The move that could detract from his gameplay was being the one instead of Cody to approach houseguests with the 6 person alliance idea. As Cody pointed out in the DR, people will trace the idea to Memphis not Cody if things go bad.

Cody – He is sitting nice and comfortable knowing that he won’t go home this week. His buddy Memphis won HOH power for the first time in his BB career. In fact, with the second HOH comp being a mental challenge, Cody will play in a possible physical HOH comp next week. Expect Cody to win if that happens. There doesn’t appear to be any obstacles in The Commission’s path early in the game.

Tyler – The man of many agreements. He said that he wasn’t going to go after final two deals right off the bat, but that didn’t stop others from approaching him. in just a week, Tyler has promised to take most of the house to the end. He is a physical threat, social threat, and doesn’t get enough credit for his mental game. Sure, he bowed out early in HOH comp week 2, but he could have thrown it because he knew he would be safe.

Nicole F – Between being part of a large alliance plus partnerships with Dani and Ian, Nicole is in a great spot. I expect Memphis to go after Janelle and Kaysar since Cody’s attempt was botched due to the safety suite. Nicole is currently aligned with Memphis. She gets along well with Dani and she made a final two deal/alliance with Ian called the Million Dollar Club. They brought up a good point that people aren’t going to vote for a former winner. Since Nicole F and Ian are the only winners playing, it’s in Nicole’s best interest to stick with Ian to finale night.

Christmas – Christmas really seems to be getting along with everybody. She is part of the 6 person alliance that includes Memphis and she promised to go final 2 with Tyler. The 6 person alliance gives her more protection than the agreement with Tyler. She’s doing well socially. Nobody in the house is talking about her and there has not been any hints across the BB community that Christmas’s time in the house may be coming to an end.

Da’Vonne – Momma Da’ has come back a better player. She knows when to keep her mouth shut and when not to, which is something that she struggled with in the past. She has the alliance with Bayleigh dubbed, Black Girl Magic. A veteran of 2 seasons, Da’ has the knowledge that can push her farther in this game than ever before.

Bayleigh – Similar to Da’, Bayleigh has learned from past errors. She knows what to expect from players, how the social game works, and is pumped to have another shot. She is a physical threat and has decent social skills. She has a final 2 with Tyler (whatever that actually means) and is making an effort to socialize. She connected with Janelle early, but overall I still feel like she is in the in-crowd.

Dani – Dani has changed every time she has entered CBS’s famous reality show. It’s hard to predict how she will play because this is the first time Dani entered without her father, Dick Donato. What Dani has going for her right now is the fact she is in the 6 person alliance with Memphis, Cody, Christmas, Tyler, and Nicole F. Plus, Dani might be closest with the outsiders of the house (we’ll get to that shortly) out of her alliance members. Her empathy and maturity is the best it’s ever been compared to her previous seasons (S8, S13).

Enzo – The meow meow, Brigade founder houseguest from Bayonne, NJ is positioned comfortably with the big 6. He isn’t really part of their alliance, but has tight connection with Cody and Tyler. He is trying to play the game more than in S12 while utilizing his social skills. The house generally isn’t talking about Enzo as a threat or as a difficult person to live with. He will be safe this week, especially because he didn’t use the Veto last week. Such a move would cripple the alliance with Cody and anyone connected to Cody.

Ian – The BB14 winner is playing like he did 8 seasons ago in the sense that he is not with the power early on. Ian is not as alienated by fellow houseguests like he was on BB14, but Mr. Terry has a big mountain to climb to become the first two-time winner. the most notable move so far was forming a final 2 deal with Nicole F. He stated houseguests probably won’t vote for a former winner. Whether he knows it or not, Enzo has vocalized that idea. In BB 14 Ian sat on the other side of the house, but pulled it together when it mattered most. Plus, he has the best jury management skills, which cannot be overlooked.

Nicole F – S21 America’s Favorite is also playing a similar game to her first run. She is placed alongside Ian in terms of being on the outside of the house. She can lay low for a bit. She will probably not be the target this week.

Janelle – The veteran of 3 seasons has come back for her fourth go at the BB title. Unfortunately for her, most of the cast are from the new school of BB. She is older than nearly everyone and everyone knows she is a threat. She will be targeted soon. Had the house included more vets from season 10 and earlier, Janelle could be much higher on this list. There is one face she is very familiar with: Kaysar.

Kaysar – A alum of S6 and S7, Kaysar nearly got the boot in the first week. Cody intended to target Kaysar, but the safety suite stopped that from happening. Memphis will likely nominate Kaysar and Janelle. Overall, it looks like Kaysar is playing a better than in his first All Stars campaign. It looks like Janelle will need to win the safety suite this week and protect Kaysar. If that doesn’t happen, Kaysar and Janelle only have the veto to save themselves/each other.

Kevin – Week 1 nominee and BB 12 alum, Kevin is trying to connect with people, offering deals and the works, but it might be too late for Kevin. He might be playing his old floating tricks in which that would boost him on this chart. However, the house now knows they can nominate him and he won’t be mad. He could be en route to becoming this season’s safety nom each week. And pawns go home in this game.

David – The guy who never watched BB until last year is low on this list because he hasn’t done anything to prove himself. He was out of the game day one last year. The most impressive note on him is that he figured out the 6 person alliance last year while being in camp comeback.

Feel free to share your opinion in the comments section! The game has only just begun!