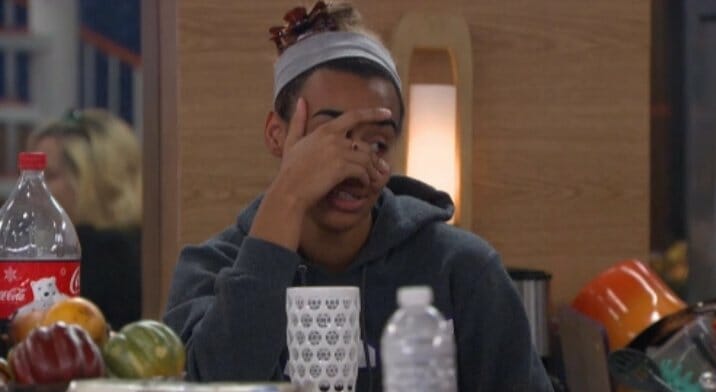 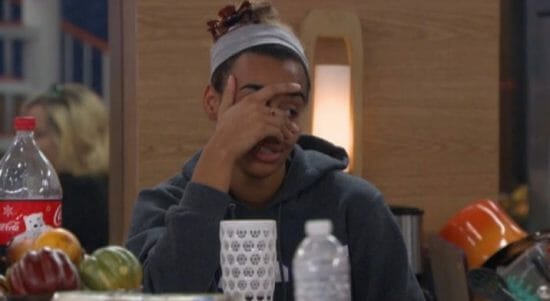 Sorry about the late post. I was supposed to go to a concert tonight, but the singer is sick and postponed the show. So, I took this opportunity to take the afternoon off since I knew I’d be home tonight.

It doesn’t appear like there was a whole lot going on today, anyway. Like expected, Shelby used the veto on Morgan and the twist of the season finally ended with the nom being removed from the block rather than the game. Seriously, all season and America’s Nom couldn’t win veto?  Pathetic (and it didn’t even happen this week. Shelby had to win it). In another story, Morgan revealed to Kryssie that Alex was her sister today. This was to apparently re-gain some of the trust that was ‘completely destroyed’ a few weeks back when Morgan made a deal with Kryssie and broke it when she voted out Neeley.

And look, I understand holding a grudge against that, but Kryssie is kind of nitpicking because she was pretty well aware that Morgan and Whitney may have had to break their deal, so Kryssie chose Whitney as a replacement nom to not put her in the situation of breaking a deal. It’s not exactly like it was a huge shock that Morgan voted to keep her ally over someone on the opposite side of the house, but a deal is a deal.  Anyway, Morgan told Kryssie this so she can try to get Kryssie and Justin to throw the HoH competition this week. This is because Morgan has absolutely no problem taking Jason out of the house and not worrying about ‘blood on her hands’. 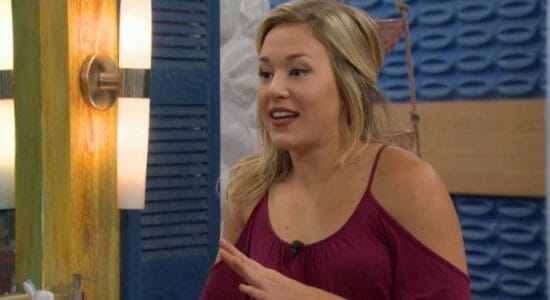 Not that I actually see Kryssie working with Morgan because she still has her head up Jason’s butt, but revealing the twist as a way to gain trust is probably similar to the Frankie-Ariana twist reveal. He used it as strategy, and Morgan tried.  Kryssie gave very little reaction, but it is unknown yet if she’s going to run to the rest of the house to tell them. Another bright spot about Morgan telling her is that if it gets back to Morgan, she’ll realize she can’t trust Kryssie.