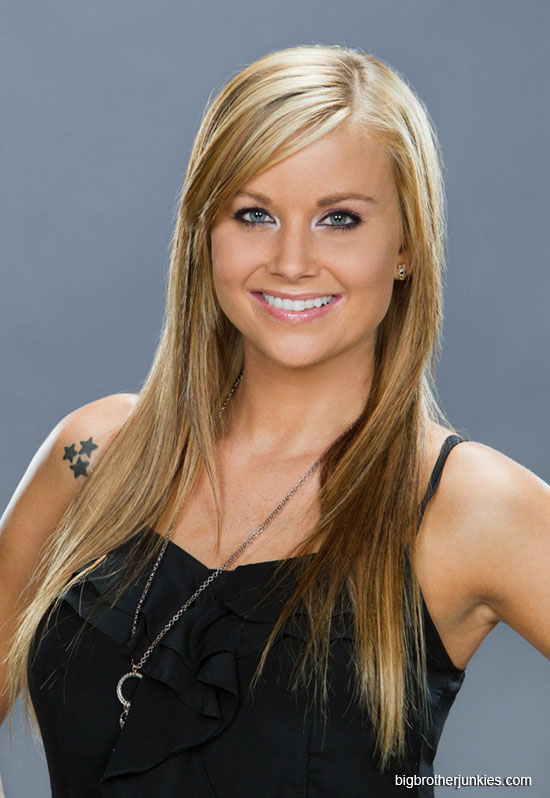 What do you do if you’re CBS and want to encourage more live feed sales?  Get Playboy playmate Kara Monaco to spend the summer inside the Big Brother 14 house.

Oh wait, according to her profile, she worked as a performer with Disney for 4 years.  Right, I’m sure she did… it’s funny how they casually left out the rest of her career.  I thought CBS was trying to sell feeds?  I guess it’s up to us blogs to point out that she was a former playmate in order to drive up male attention (get it?).

Honestly though, I’m not really digging her.  She’s ok, but I can already tell she’s going to end up annoying me more than anything. Every blog is going to gush over her exposed past, and stare at her hoping to get some slips on camera.  This is probably going to annoy me and I’ll end up getting sick of her because of it.  Will it be her fault?  Nope, but that’s how I roll.  It doesn’t help that I think she’s the third prettiest in the house behind JoJo and Wil.

Prediction: This is a tough one.  I think she’s going to suffer a similar fate as JoJo and be alienated by the other girls, however it could eventually work in her favor.  I could honestly see an alliance of JoJo, Kara, Ian, Frank, and Willie running the show. That could be your final 5 if things go according to the plan in my head!

See more photos of Kara at her official profile

Watch Kara on the live feeds when Big Brother starts