This is the second to last Thursday night episode of the season, which means summer is coming to an end and it’s time to start preparing for Big Brother 15.  I know you’re coming here for spoilers and what-not, but I want to remind everyone to follow me on twitter or facebook to stay in touch throughout the winter for any Big Brother news.  You’ll also be notified when the show will air, and how you can save 25% off the live feeds next year.

You can also sign up to the live feeds, and you will get *some* action, I must warn you that the longer you wait, the less of a value you’ll receive.  The show should end on the 19th, so every day you wait to sign up for a month of live feeds is less and less of a value for your wallet.  It’s still entertaining, and you still get 3 days free, but time is running out on Big Brother 14!   So sign up now and help support my summer of blogging, or you can simply donate by clicking on the link below:

any amount is greatly appreciated!

Ok, enough begging, time for Big Brother!  It’s going to be a busy night on the show as Frank the Tank may finally use up his last life and get evicted, but he won’t be alone!  There is a double eviction tonight, so that’s a full week of Big Brother crammed into one episode.  This is the second time it’s happened this season, and by the end of the night only 5 houseguests will remain.

I was a little unsure about their slow start, fast finish approach, but I like it and hope they do something similar next year.  Some seasons, with 2 weeks to go in the house, it’s generally a complete snoozer on the live feeds as the house is down to like 4 people. Heading into tonight, we were at 7 people and could have had an intense week of campaigning, fights, etc if not for the fact that the 7 remaining weren’t so incredibly dull as players.  Imagine how the house would be with a final 7 of Frank, Boogie, Janelle, Britney, Willie, JoJo, and Dan.  Personality explosion!

Find out who wins the 2nd HoH right here
Sign up for free!

Here are my updates for the night:

1:00am est – Feeds are back and Ian won the HoH. He may actually win this thing if he takes Dan out this week. I think that’s his only real competition out of the remaining players.

11:40pm est – Feeds went down to trivia for the HoH competition, I will update this and twitter when I find out who wins HoH

It’s another one where the HoH will happen sometime tonight most likely and be ready in a few hours.  Sign up to the live feeds for spoilers or keep checking here or twitter.

Houseguests have to navigate a puzzle piece through a pretty long maze.

Ian is going to remove himself, and the re-nom is… Danielle

Trivia, and Ian isn’t playing.  Could be anyone. Too bad, this was Ian’s competition to lose, it’s a quote-memory challenge.  Here we go…..

Dan is the new HoH!

Frank has been eliminated 3-1

9:20pm est – Frank said that he is definitely upset by this.  IMO, foolish move by Dan to vote for Frank.  He should have let Ian get the blood on his hands.  Every vote is important in the jury

8:00pm est – An hour to go until the show begins.  Let’s hope it’s as entertaining as the last double eviction show. 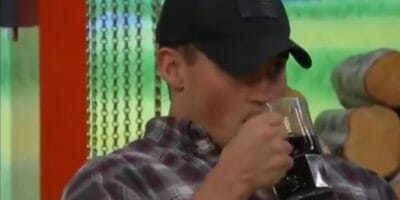 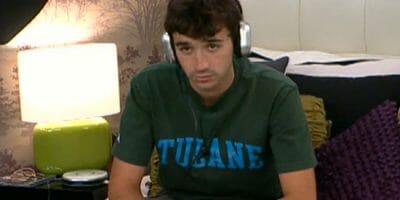 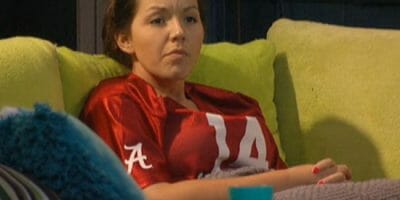