Similar to Mike Boogie, Jenelle has tried to make a career from her Big Brother fame.  She’s been a regular in the Big Brother world, and also made some movie cameos from Bruce Almighty to Like Mike.  Like her determination outside the house, Janelle is known as a very fierce competitor (think Rachel without … being Rachel).  She has won a ton of competitions in her two seasons, so if she is a mentor I expect nothing but the most competitive side of our Janelle.

Despite watching Big Brother All-Stars, I honestly do not even really remember her that much.  The biggest thing I remember from Janelle are her appearances relating to Big Brother after the show.   She’s done a lot of episodes of Rumor Control I believe, and has kind of been the ‘go to’ opinion on Big Brother related issues… a female version of Evil Dick I’d guess.   Dick had his turn last season, and now it’s Janelle’s turn to see how much trouble she can get into during Big Brother 14.  Let’s just hope she doesn’t bail in the first week like Dick did. 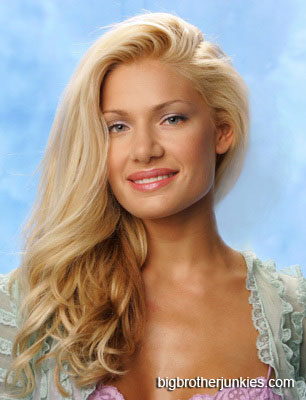