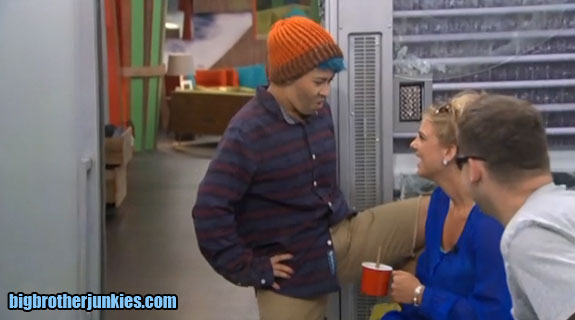 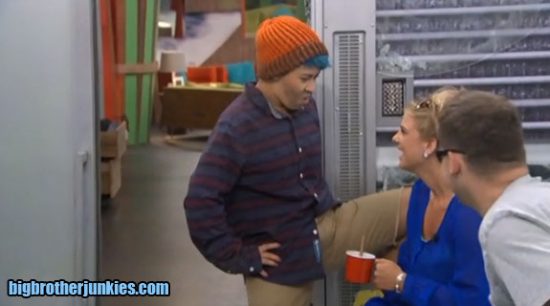 I’m just going to say it now.  I completely failed on Joey.  I pegged her as someone who could potentially be a danger in the house, instead she’s nothing more than a horrible player who is spending her last few days in the Big Brother 16 house making everyone uncomfortable (and not in a good, entertaining type of way – ie Jessie).

Last night, as a last ditch effort to win the vote for most awkward moment of the week (still needs more to beat Caleb), Joey decided to act like a loud, obnoxious guy named Alex. In reality, she could have just been a loud, obnoxious girl named Joey, but she decided to go the man route for whatever reason.

Look, I’m all for people acting crazy, it’s funny stuff most of the time. However, the complete lack of interest by the rest of the house and the repetitive stuff ‘Alex’ kept saying like “If you’re scared of the people in the house now, you’ll be scared next week” really killed the act. Quick note – For all the people who think the DR influences outcomes in the house, they’re doing a piss poor job handling Joey. I don’t remember who it was, but someone told Paola to just sit back and remain quiet, and listening to that advice completely saved her this week. Joey did all the work in getting herself evicted tomorrow. The house wants to keep a really weak player, so Joey’s argument of ‘Save me, Paola is weak’ really worked against her.

If you want to watch this mess, use the flashback feature and put it on 7/1 at 4:01pm. We warned, this is really a terrible act and you may end up throwing food at your screen.  I am not responsible to any damaged monitors or tablets.

Today is Wednesday, should be a pretty dull day, but I’ll be live blogging soon.