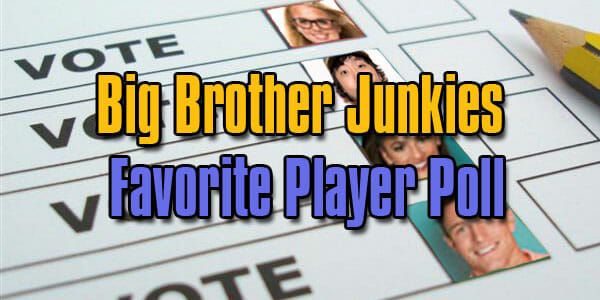 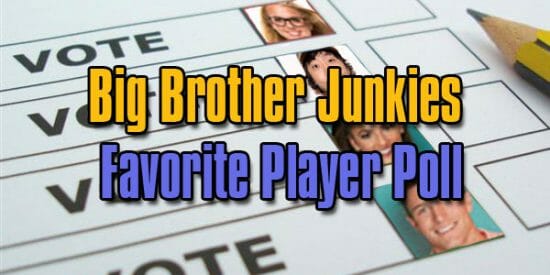 There was a lot of response from last week’s player poll, so it’s going to be a thing for the rest of the season. The only change I’m making is that I’m going to include the entire house every week. This is partially because I want to get a feel for how the America’s Favorite vote will look, but also because I want to see which evicted houseguests are still polling higher than people like Michelle.

There are no rules. Vote for whoever you want based on any criteria you want. Just your favorite player, period. Doesn’t have to be the person playing the best week, or the most skilled, or loudest (Paul wins). I just ask you try to take it on a week to week basis as much as you can. Voting purely on looks are tough to change weekly (unless you’re voting for Paulie), but everything else changes on a weekly basis.

James won the first week (which was also week 4), so let’s see how he does this week….