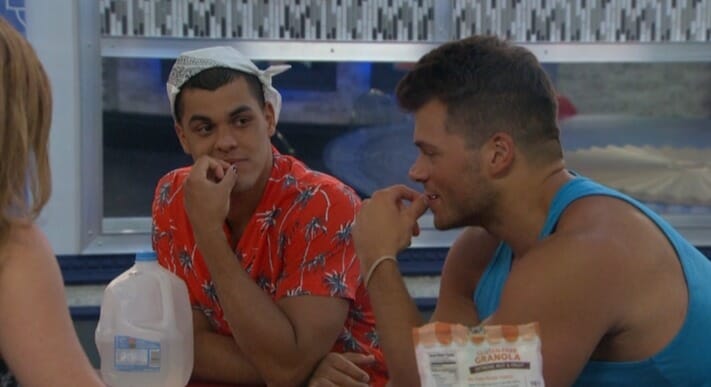 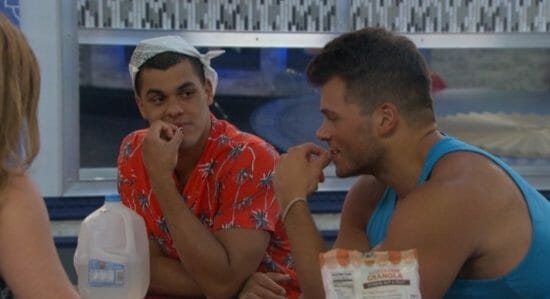 It’s Friday in the Big Brother house and it’s a pretty important day to see the direction of the week. With the Temptation Comp going on today and everyone playing, it could completely shake the week up – or do nothing at all. If Cody wins then we will see a house in panic, but if not it is back to the grind. A week full of Josh talking about Jessica even though he said he’s done talking about her, a week of Paul controlling the HoH from the passenger’s seat, and a week of Raven making everything about her.

After Jessica was evicted, the house spent a majority of the night talking about her and her speech. In the history of Big Brother, her speech was pretty damn tame compared to some we’ve seen, but the house was acting like she went around and shit on each and every person. In a way, she kind of did because she put the target on Paul and considering 90% of the house is up Paul’s ass, they took the shot personally.  At one point, Paul was mocking Jessica to Raven, Matt, Elena and a few others for calling the house dumb (didn’t she only say they’re dumb if they don’t get out Paul?).  They are referring to how Jessica ‘put herself on the block’ and ended up going home because of it. Paul knows this, but I’m not sure the rest of the house can understand it, but putting herself on the block was surprisingly smart and not something I’d think they would have done.  With Cody winning safety, there was 100% chance of Jessica as the target, so she prevented the backdoor option by getting nominated before PoV. Had she won the PoV, that would have been a ballsy game move.

In other news, there is a division forming in the house between the Kevin faction and the Raven faction as Kevin has just about had it with her.  He spent a good part of the night talking about how she and Matt are very shady (they are), how they laugh at Paul’s stuff even the stuff that isn’t funny, and how they have to go after Cody.  It’s becoming clear that Kevin and Jason are going to be the first to break away from the pack, but the problem is they are still clinging on to Paul in the process. By bashing Raven kissing Paul’s ass and then including Paul in future alliances, they just look like jealous alliance members rather than independent thinkers.  Do these people really think they can beat Paul in the finals?  He called a jury member a c*nt last season and still got her vote. He only lost because the loyalty of veterans and Natalie’s dumb “I want to see a girl win” excuse. To top that off, he is playing even better this season by implementing parts of Derrick’s strategy of letting everyone else do the dirty work (unless he has to step in and do it himself).

The whole thing makes me want to go through the house and pick apart the good and bad from each player. Like Christmas’ victim syndrome where she is still upset because Cody “blindsided her” while ignoring the fact he nominated 1/3rd of the house and was merely running out of people. He didn’t even have time to think much about that nomination, but she’s holding it against him. Ugh.

Alright, that was a long into for a live feed thread, but most of the day will be them playing the Temptation Comp, so I figured I’d give you something to read while we wait.