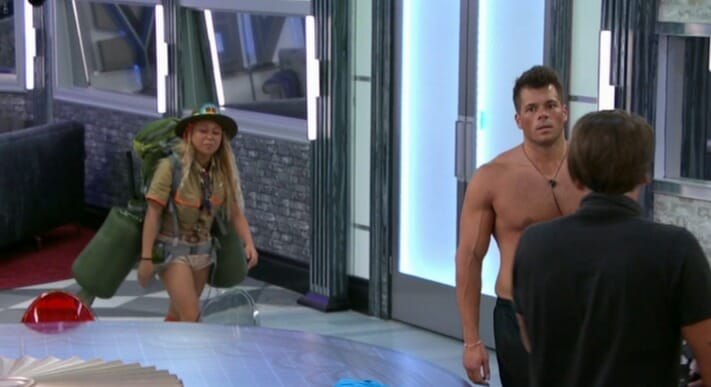 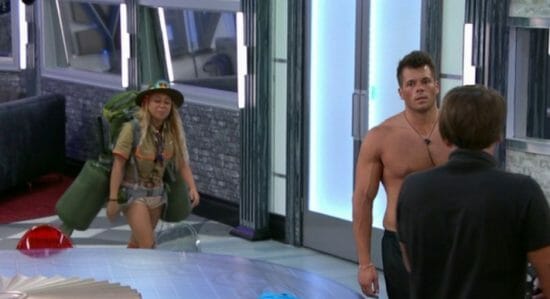 Before I post about tonight, I just want to say that I finally got around to watching the nomination episode and wow did they shave a lot of crazy from Christmas during that Mark scene. Talk about a favorable edit. She came away almost looking like she had a point rather than a lunatic like she came off on the feeds. I think it’s just time to cut her out of the show. Like no more DR sessions, no more clips of her unless absolutely needed.  She got injured, left the house a few times – once overnight. In most reality shows that’s an exit from the game. Not only that, it is widely implied that she heard Julie say the vote before heading to commercial break which allowed her to potentially pin how the two people before her voted.

As someone who has watched reality game shows like this since the first episode of Survivor, she’s almost putting an asterisk on this season. Completely changed the outcome of the game when she was allowed to stay.

Sorry, a random rant. She has been grinding on my nerves lately with the random fights she has been picking with Mark who has pretty much been bullied by the house all season long. What you’ve seen you CBS is a fraction of what the guy has gone through.

Alright, here are some updates for tonight….