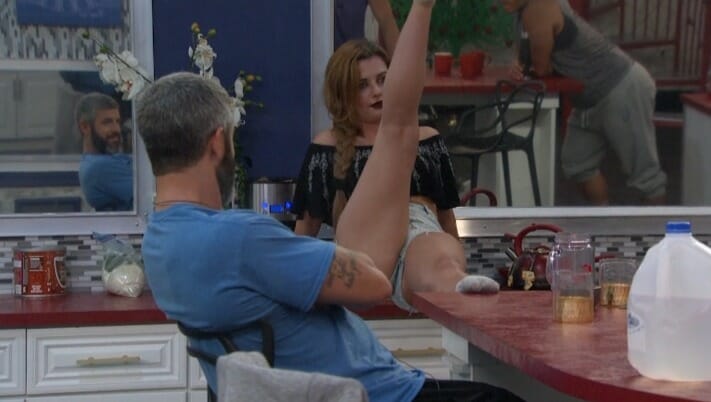 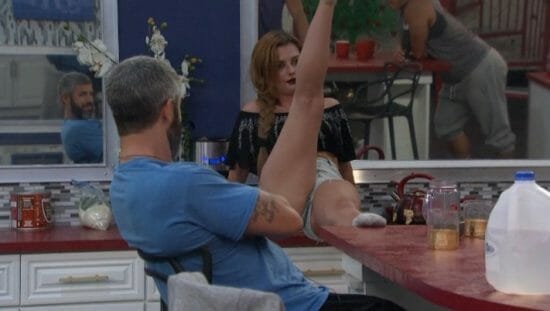 To continue the theme of a boring week, once again I give you Matt and now Raven as the header image. They are this year’s Nicole and Corey if Corey was about 10x more boring and Nicole turned into a complete opposite of her persona and added a laugh that could haunt your dreams. Needless to say, no matter how much I bashed Corey and Nicole for being boring as hell last year, Corey was at least funny at times and Nicole actually wanted to win the game.

I almost feel like I insulted Corey and Nicole by comparing them to Matt and Raven, and that’s probably because the only comparison is they are both super boring together.  So if you’re reading this, Nicole, don’t worry, you are literally the polar opposite of Raven. Even your ‘Corrrreeeyyyyyyyy’ isn’t close to as annoying as Raven’s laugh.

Now that I’ve done my daily shitting on Matt and Raven, let’s move on – to the house doing the same thing!  Pretty much everyone inside the house has had enough of Raven’s antics and Matt is simply guilty by association.  Around 8pm last night, Paul and Christmas had a long discussion of the weird things Raven says and does which isn’t even counting her physical issues which appear to increase by the day. And this is pure bitterness as Paul isn’t even using this as a strategy to turn the house against them. As far as he’s concerned, those two are barely blips on the radar next to the more powerful duo of Jason and Alex. Maybe he’s just making up for the fact he won’t be able to shit on them to really anyone else because they’ll likely make the final 5 and be obvious targets at that point. Does that make sense? Probably not. Oh well.