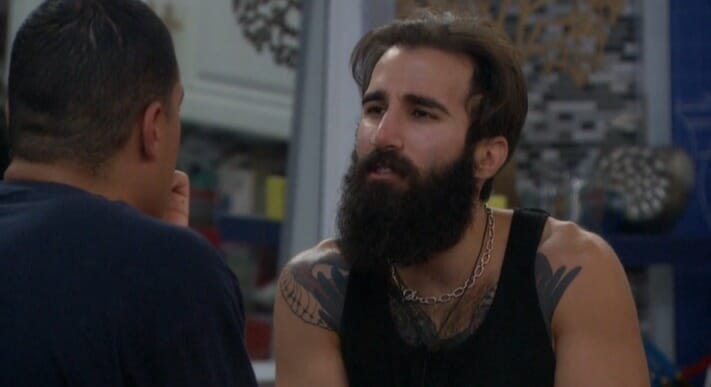 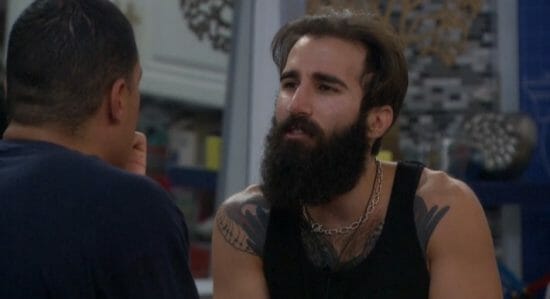 Good afternoon, everyone! Sorry for the late start today, I had an appointment.  Also, before I begin there is a programming note. Feeds are going to be down again from Thursday night until Friday night due to some special that is airing on Friday. I believe it is another concert that happened last year around this time, so it probably won’t be anything important. The sucky part is we won’t know what happens after the live show ends tomorrow night until late Friday.

Tensions are at an all-time high in the house as yesterday there were a few random sparks of arguments. Short version… Cody asked for Alex’s cereal. She said yes. He ate the entire box (not sure how much was left in it when he asked).  She freaked out on him and started saying a bunch of mean things like asking if his daughter was real and if his relationship with Jessica was real. Christmas naturally chimed in because that’s what she does and she tried to ‘trap’ Cody by asking him about his alliance with Mark. She brought up an early statement that Cody said when he referred to Mark as his ‘ride or die’, but Cody said obviously that’s not the case anymore (since Mark turned his back on him).  Kind of an absurd point to bring up, but this is the house that brought up Cody’s week 2 conversation with Matt to try to break up him and Jessica.

Cody went outside and Elena and Josh started going back and forth in some argument I can’t even explain. She’s sick of Josh and he has a crush on her but he’s sick of her not being loyal to the alliance she doesn’t even have. Alex jumped in and started slamming Elena for taking the money during the veto competition after promising not to give Alex a punishment should she won. That was pretty much the only valid point anyone made all night out of all the arguments. It was a shitty thing for Elena to do, and Alex should be upset. It was also stupid considering Alex is HoH. Christmas again jumped into this one despite not being involved in any way just to get her point in whatever the hell that was. She really didn’t have a point which is why I didn’t write it down.

The biggest thing from that was Paul and Christmas both trying to get Raven to confront Cody about voting for her. They were egging her on because Raven was pissed he voted to evict her when he said he’d never vote her out. I would say Raven had a point if she did, but she is failing to realize she was sitting against Elena and Jessica. The only two girls who have been consistently nice to him all season long. Raven seems to think Cody’s promise was a lifetime guarantee no matter what she did to him throughout the season, like…. 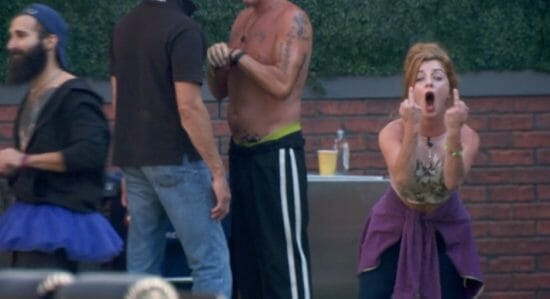 Meanwhile, Alex and Paul have been plotting to make Kevin a target for a few days now as they need to start looking beyond Cody and Mark.  Paul dropped the secret to Alex and Jason that Kevin was the actual winner of the $25k. Jason didn’t believe it and I’m not sure if he actually does believe it, but Alex said she’s going to store that information in her pocket for when she decides to blow up on Kevin like she did on Cody and Elena yesterday. Be prepared – within a week or two, the entire house is going to give Kevin the ‘Cody’ and ‘Mark’ treatment by ganging up on him and shitting all over his game. The biggest question will be whether or not Jason or Christmas jump in. Christmas has been a close friend to him, but she is a closer friend to drama and getting into fights. Maybe she’ll realize it’s best not to shit all over the biggest fan favorite since Donny. Even the cast of 16 was smart enough to know that wouldn’t be a good idea. Kevin may not quite be on the ‘good guy’ level as Donny, but he’s pretty easy to like overall.

Once again I started this thread as a Wednesday feed thread but my recap of yesterday ran far too long so I’m going to be starting a feed thread within the hour.

TL;DR version of this post – The house is still shitting on current and future targets and Kevin will likely be next in line