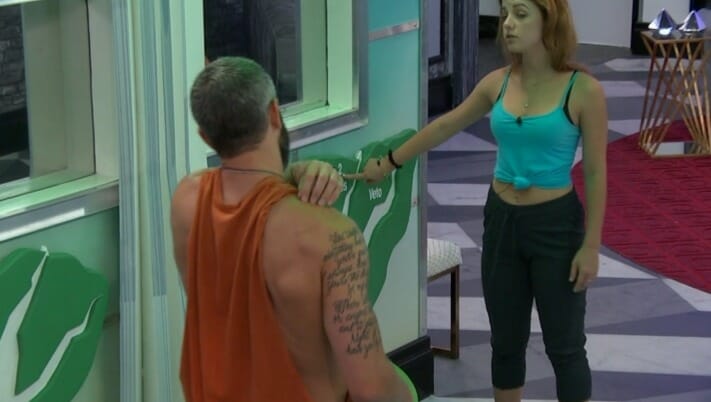 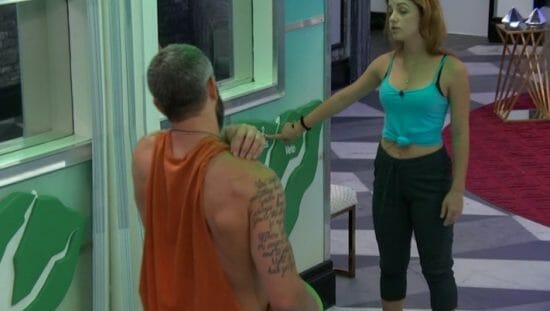 After about 30 hours of downtime, the feeds returned to be about as disappointing as the downtime itself. Is that going to be the rest of the season?  With Josh in the house, probably not, but it was still a boring night in the house.

When they returned, Christmas and Raven (odd pairing) were talking while Paul was sleeping in his bed…errr, the HoH bed. Downstairs most of the guys were sitting around the bedroom talking. That’s it.  Later on in the evening, talks came up about the new twist and the veto today which can probably be summarized in two sentences but for the sake of this blog I’ll try to make it into three or four.

First, the veto.  As you know by now, Jason and Matt were nominated as pawns.  As expected, Christmas is making a MAJOR move by trying to backdoor the one remaining person on the ‘other side’ of the house.  Bold. We already know this huge move will go down in the Big Brother archives because nothing is more exciting than 7 people following 1 person while picking off others one by one.  To those who don’t know me – this is obvious sarcasm. Back to the plan… if Mark doesn’t win veto, he’s going home.  If he does win veto, Matt will probably go home but that could cause a little drama from Raven when she realizes she’s not safe. Would she team up with Mark to form some makeshift alliance to take down the top? Doubtful. She’ll just piss and moan about it until she’s evicted herself.

Also, the new twist was revealed as you can see in the image above. There are 6 ‘temptations’ with various rewards and punishments.  Most are pretty stupid, and one of the fairly decent ones ‘save a friend’ was already picked by Mark who decided to save Paul.  Really. I don’t know why Mark picked that, but my guess is it’s random as ‘save a friend’ is a stupid pick for someone with no friends left in the house.  He used it on Paul because Paul is safe anyway with Christmas running the show (so much for Christmas making an actual ‘big move’ this week). Rather than try to shake up the house by saving the house pawn, Matt, Mark threw the prize away. No matter who he saved would be useless, so this is super minor nitpicking, but the last person I’d use it on would be Paul just out of pride.

I personally have a few things scheduled today so I won’t be able to really update until later. That said, I really don’t expect a whole lot. Saturday afternoons are notoriously boring as people wait around for the PoV and then the veto comp usually takes a few hours.  With this house of duds, I’m expecting an already boring Saturday afternoon to be extra boring. The only thing that can shake up this week is if Mark is picked to play, and wins the competition.  If that doesn’t happen, well… I  guess this week would be a great time to enjoy summer before it ends?