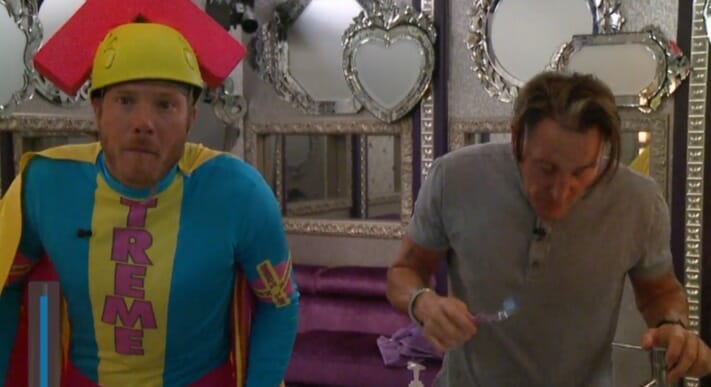 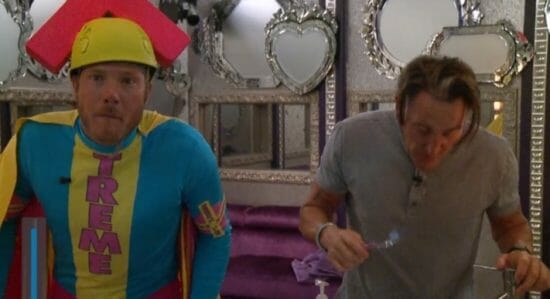 Good afternoon, everyone!  It’s Sunday which means a slow day on the feeds (maybe).

Let me give a quick recap of the last few days or so. As you know, Alex won HoH which means Paul won HoH. No shade on Alex, it’s just it’s clear she’s playing his game and is happy to finish second to him. Half the house is in her shoes, so I don’t mean to single her out. I’ll mention them (like Josh) when they win HoH and do his work for him. To Alex’s credit, however, she did give us some insight into her thought process this season.  She feels she can trust Paul because he said ‘friendship’ and she believes that’s his brand so he won’t back out on that. I’m guessing she pictures herself like Victor but she clearly doesn’t see that half the house is doing the same thing. It’s yet another reason why it’s bad to have vets in the house because newbies feel they can ‘trust’ them more due to their outside reputation, but we’ve beaten that issue into the ground.

The house is still set on getting Cody out, but surprisingly Cody has been showing signs of life after some time mourning the loss of Jessica. Don’t get excited and think he’s pulling a Dan where he’s going to do and say anything to stay in the house. Cody is still very stubborn and also a mediocre player, so even though a halfway decent player can talk themselves out of the mess he’s in, he’s not one of those people nor does he appear to want to be. His strategy appears to be getting through the week without leaving in handcuffs, and so far so good. He didn’t take any bait from people like Josh on Thursday night, went into the HN room for a solid 24+ hours and let everything die down before he started to show his face again. It didn’t hurt that the random argument between Christmas and Mark got people (including Josh) talking to him in order to gain dirt on Mark (side note – Cody didn’t trash Mark like others in the house hoped he would).  It is now at the point where Cody was up in the HoH room with Christmas, Josh, Paul, and Alex hanging out and having a casual conversation. Something unheard of a few weeks ago when those same people were tossing insults to him across the yard.

When you couple Cody’s lack of aggression with Elena doing a really stupid thing by taking $5k yesterday in the competition, there is a chance that he may not leave (first) on Thursday’s double eviction. Elena won the PoV competition but selected the prize (punishment) of making hotdogs for people for the week. Rather than give that punishment to Matt while taking the PoV, she decided to take $5k cash from the HoH. This was after having a verbal agreement with Alex not to do that as they were the final 2 in the competition. Terrible decision. When the feeds returned, Alex was really pissed at Elena and tossed her name out there as a legitimate option to be voted out this week before Cody. Of course, the stupidity doesn’t stop at Elena as the person who did win the PoV said he is going to use it to save Jason rather than himself.  I understand the strategy behind it because that’s the only way to get Cody out, but not saving yourself while on the block is about a stupid as not choosing the PoV when you’re on the block and win the competition.

Needless to say, this week has two classic stupid moves in play at the same time but neither may end up biting the people in the ass as others are still serious on getting Cody out. Personally, I’ll laugh my ass off if Elena or Matt go home because of that, but right now they’re safe.