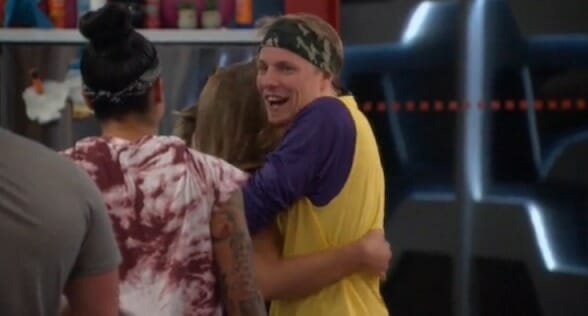 Well, that’s all set in stone now. No more wondering what will happen if soandso returns. Scottie is back and that’s it.  He’s going to be evicted within a week or two, but he’s back now.

Fessy put Angela on blast during his HoH speech calling her ‘spoon-fed’? That was about it for the episode.  Fessy lost despite having a huge arm length advantage to drop the balls into the tube, but they were bouncy so it’s not very easy.

Now, we wait for the HoH competition which you can watch along here

HoH is finally live. Talking about it below but here is a list of the people still hanging on…