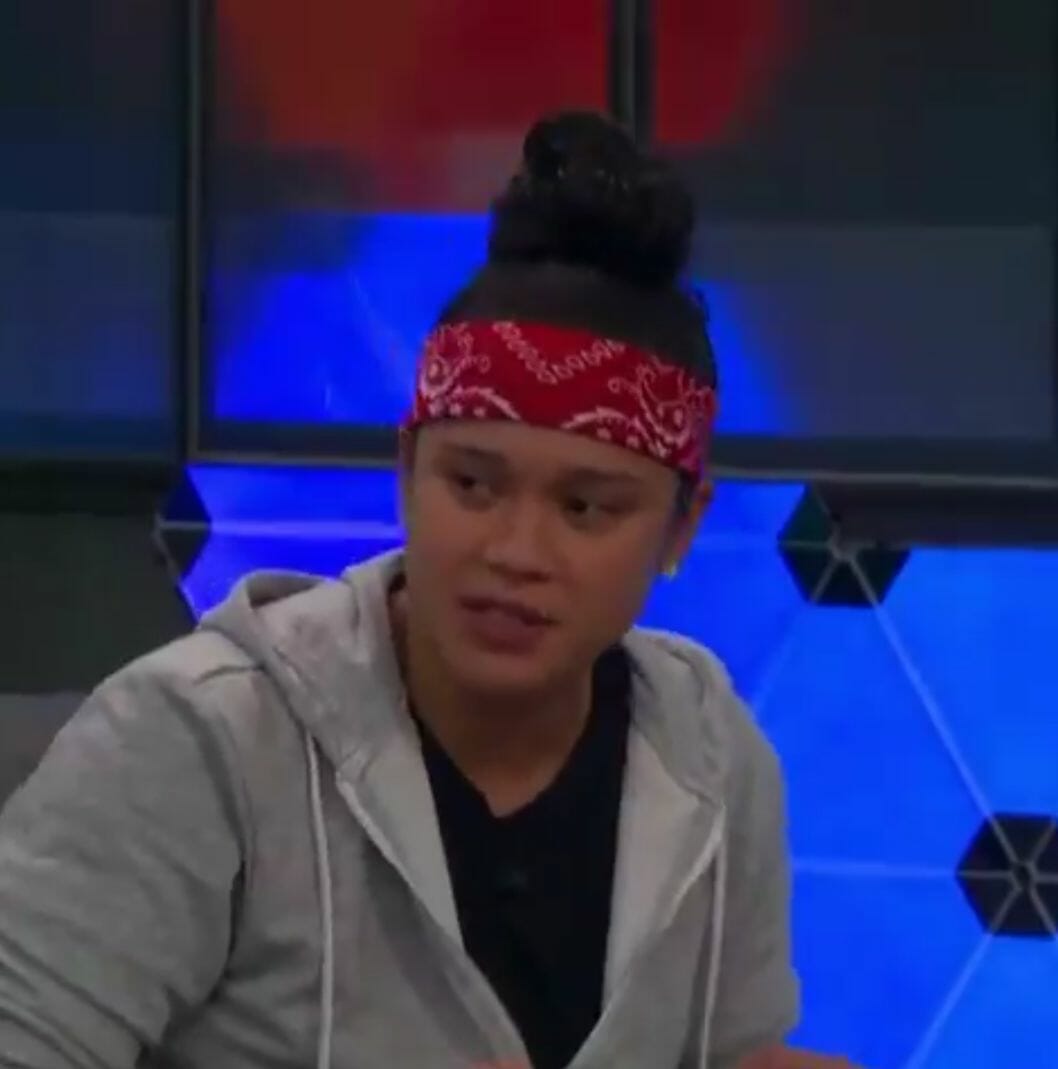 This is the last live eviction thread of the season, can you believe that??  The next live thread will be the finale where the winner of Big Brother 20 will be crowned.

It’s been quite a season so far, but sadly it is coming to an end in less than a week. I am sure I will spend the next few days reflecting on this season and all the highs and lows we had as there really isn’t a whole lot to talk about the final week of the season. For now, there is still a little bit left of game to play!

We learned last night that Kaycee won the Power of Veto which guarantees her a spot in the final 3 along with JC. By winning and keeping herself safe, it is her duty to cast the sole vote to evict either Angela or Tyler. This is actually a pretty big situation for Kaycee as this will be the last thing the jury sees before they spend the next week deciding on who to vote to win. If she gives a ridiculous speech saying she’s honoring Angela’s suggestion to be voted out, she’ll lose a ton of respect from the jury. The last thing the jury wants to see is Angela or Tyler looking like they had a say in which one of them went home. They want Kaycee to kick Angela out and own it like the beast she’s been the last few weeks.

I personally think she’s going to give a middle of the ground speech where she gushes over how much she loves Angela and how she hates to be in that position which won’t advance her game at all. Yes, she has won all these veto competitions in a row, but let’s not forget that Paul won 3 of the final 4 last year and 5 overall in addition to 3 HoH comp wins. Winning competitions doesn’t guarantee you anything other than a bigger disappointment should you lose. Kaycee’s social game has been far superior to Paul’s, but this specific jury just may not respect her game of sitting around all summer letting her alliance do the dirty work until the last few weeks where she didn’t even do anything dirty. She won the comps but never actually used the veto.  I am sure to break down the games of the remaining 3 players over the next week, but the only thing I’m saying is don’t go writing Kaycee a check just yet.

Before I forget – While I have people checking in, be sure to donate as 100% of donations are split between my second writer Mel and my moderator NK!

First part of the HoH should happen tonight but there was no mention of it. On the bright side, Julie did indeed say that there will be a Big Brother 21!!!!

Scratch that, Julie did say the ‘battle for the final HOH’ so that confirms it’s a normal three part HoH comp likely starting tonight.