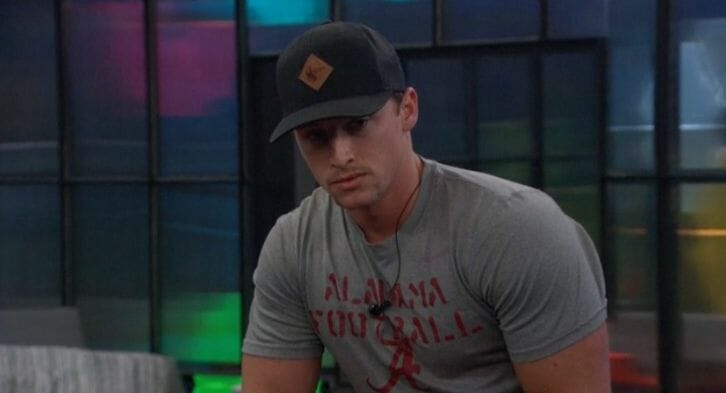 Since I’ve started blogging – excluding the mess that was CBB – this is my 9th season covering the feeds. Out of those 9 seasons, this is only the fourth that has had an all original cast (15,16,17,20).  Every season that had returning players were dominated by said returning players so it’s actually rarer than not to see an all-newbie house trying to find their own. The fact that there seem to be less “superfans” than normal also helps because many are just winging it.

There has been a ton of campaigning, a ton of gameplay, and tons of fragile diplomacy because they’re terrified of making enemies due to not being egged on by vets (Paul) or not feeling safe without the shield the vets provide. While there haven’t been very many blowups on the feeds, this has been a pretty solid start to a very strategic season full of people who appear to want to win.

That continues this week as Scottie did a rare and bold move of putting two alpha males on the block together in the third week of the season. People typically shy away from those moves or only do it when there are few other options, but Scottie just sent the hammer down just a week after Kaitlyn made another big move to backdoor a strong player.  This season just solidifies what fans have been saying for years now. In the future, either do all newbies or all vets. No mixed batches anymore. Ever.

Long intro just to say that Brett and Winston are not going down quietly this week as both tried their plan of making a final 3 deal with Scottie with the suggestion of backdooring Kaitlyn (she did say she loves the backdoor) and getting her out. They can blame revenge for Swaggy and have a ‘fresh start’ while having a secret alliance between the three. I personally don’t believe the bros, and I doubt Scottie does, either, but it’s still good to see them trying.

There is nothing on tap today, so expect a lot of hanging out getting some sun with the occasional game talk sprinkled in.