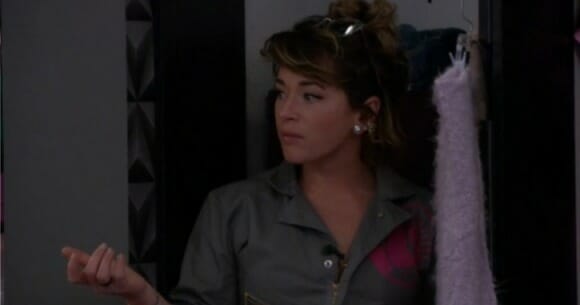 Decent live show. We finally got to see granny but the rest of the episode was mostly a recap of the fight.  Bayleigh got evicted as expected, there were no epic eviction speeches, and Haleigh won the HoH.  Good but not great episode, but we can’t win every week.

Haleigh winning the power is pretty big, though. That’s a big blow to level 6 after the week they had and could very well be down to ‘level 3’ by this time next week. I can’t imagine Haleigh not putting up Angela and Tyler after what happened, but she may do Scottie and Tyler. Either way, expect Tyler on the block this week.

I will note that Julie didn’t mention a battle back competition despite the rumors of there being one. We’ll put a pin in that for later.

Alright, time to check in on the feeds…