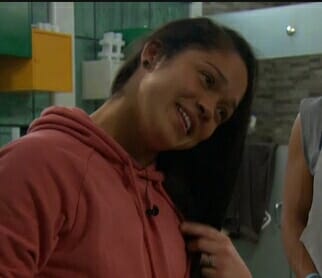 Good morning!  I’ve had this weird obsession all season with Kaycees hair, probably because we rarely see it. I knew it was long but since I usually see it wet, I had no idea how thick it was, gorgeous! Sam’s hair salon was a big part of the evening and I could tell by Steve’s last thread, he felt like he was being punished for something while watching it. (Poor Steve)

The battle back’s this week and I’m wondering if they’ll do a crap shoot comp or have some type of endurance, the kind that’s combined with the hoh comp. I’m hoping for endurance because the returning houseguest has a chance to win the hoh too. I’m not a fan of a juror coming back but if they’re going to, they may as well have a chance to shake things up. Otherwise, we’ll spend next week watching what we just spent this week watching.

The hg’s have figured out there will probably be a battle back. (except JC, he doesn’t think there’s time, he’s not realizing we have a week at the end when someone leaves quickly)  They aren’t factoring that into the decision over who to evict this week. I heard Angela say if Fessy left and Scottie came back, Scottie wouldn’t have a target but nothing came of it. They either don’t care or had a Foutte moment and it slipped their mind.  I can’t blame them because they don’t know for sure and it’s hard to play for what ‘could’ happen. Viewers (not hg’s) are torn over who L6 should get rid of this week and I can see an argument for both.

Reasons to evict Haleigh: Scottie will team with her if he returns. L6 thinks she’ll do better in the mental comps.  Evicting Haleigh leaves Fessy in the house to be a target for Scottie if he returns. Unless it’s a crap shoot for battle back, Haleigh may have a harder time getting back in so she’d be gone for good. (If they’d rather have Scottie back, she’d be a good choice to evict)

Reasons to evict Fessy: They see Fessy as the biggest physical threat for those remaining comps. It’s smart to get out Fessy while JC and Sam are on board with it or when they don’t need their votes to do it, which is this week. Fessy could be tougher competition for Scottie than Haleigh in the battle back. If they’d rather deal with Fessy & Haleigh next week over Scottie & Haleigh, it’s better to send Fessy out to go against Scottie. Sending Fessy out leaves Haleigh there to go after Sam so they don’t have to do it and it leaves a target for Sam.

I didn’t mention Bayleigh and Rockstar because I think they’d work with Fessy or Haleigh, whichever is still there so that’s a wash for me. The comps are a wash for me too because we don’t know what the next few comps will be or what type of battle back comp they’ll have. (The last time I saw Fessy & Haleigh study, he knew the days better than she did so I don’t know how much more of a threat she is) Neither Fessy or Haleigh are planning to go after Scottie if he comes back so that’s a wash. Fessy can be told what to do but if Haleigh stays, she needs allies so I think she can be steered where they want her to go too. That’s almost a wash for me too but Fessy has the win for being manipulated.

I’m not convinced Scottie would go after Fessy if he returned. He’s had some time out of the house to reflect, he’s mad at Brett and according to interviews, he thinks JC is playing the best game and would target him. If Fessy told Scottie he shouldn’t have taken him out (which he’s been saying) and said the other side tricked him, they could possibly still work together, especially if Haleigh wasn’t there. Haleigh still has the win over Fessy with Scottie.

Only 1 season had a crap shoot for the jury comp (16) so the odds favor some type of physical comp for the battle back. If it isn’t a wall like in BB15, Fessy may have a better shot than Haleigh. Threfore, evicting Haleigh avoids Scottie and Haleigh working together. Evicting Fessy may give them the best chance to keep Scottie out of the house. I don’t think there’s a definite right or wrong decision this week (except for individual players) because we don’t know who’s coming back. If I were in L6 and I had to pick one, I’d want to keep Scottie out if possible because he’s more of a threat in all types of comps. For that reason, I’d evict Fessy this week and I’d roll the dice and hope the battle back isn’t a wall or something similar.

Here’s what happened yesterday (don’t get too excited):

Tyler and JC’s new battle is an example of how Tyler’s making his game harder than it has to be. He and JC have only disagreed once before (the week Kaitlyn left) and his ‘mance with Angela is what’s causing it now. JC’s insistence over splitting up Angela and KC and his recent work to make Brett his new Fessy are because Tyler’s too close to Angela. Tyler’s just gotten too comfortable in the house. He needs to be nominated by someone to wake him up. He was terrified when hacker Haleigh put him up and he didn’t even stay there that long. (I’m pretty sure he wouldn’t be evicted because in almost all scenarios, he has the votes to stay) Tyler’s had the same flaw in his game from the start.  He puts too much focus on one person for too long and has to do damage control with the others later. It happened with Kaitlyn. Granted, it may be for a different reason this time, but it’s the same mistake. He neglects the relationships with Sam, JC & Brett and spends his time focusing on one person. KC doesn’t need much reassurance. Don’t get me wrong, I think he’s playing a great game but he’s still making mistakes. Other hg’s are making bigger ones so it may not matter.

Winston, Rachel and Kaitlyn have been enjoying themselves together since being evicted: 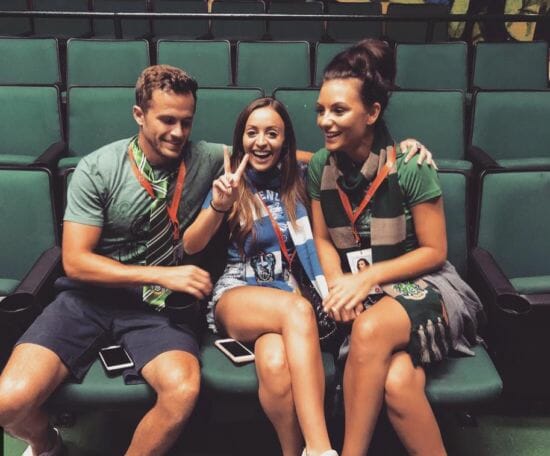 This pic has been floated around already but in case you missed it, here’s a blonde Sam: 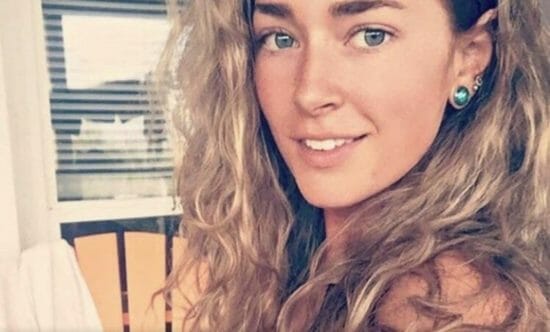 This is my favorite that I’ve seen of Sam: 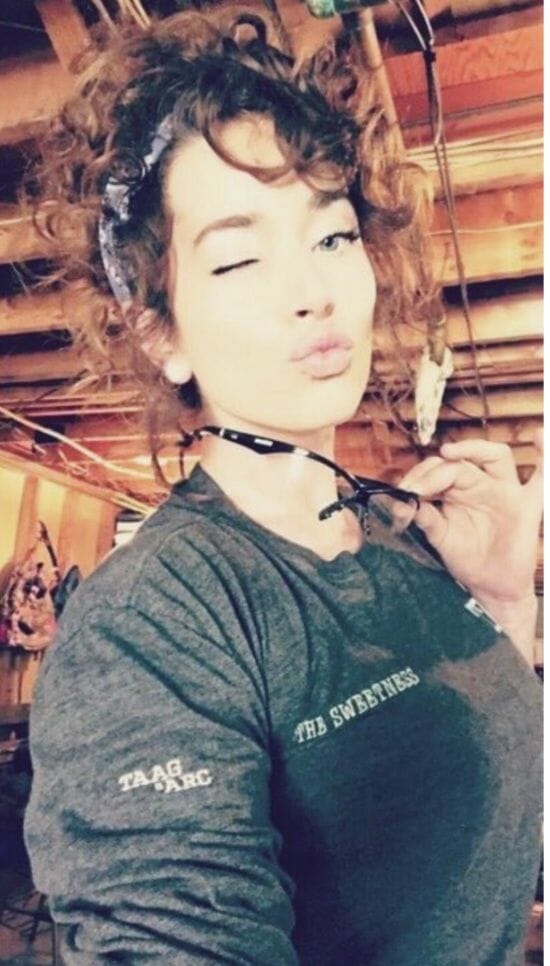