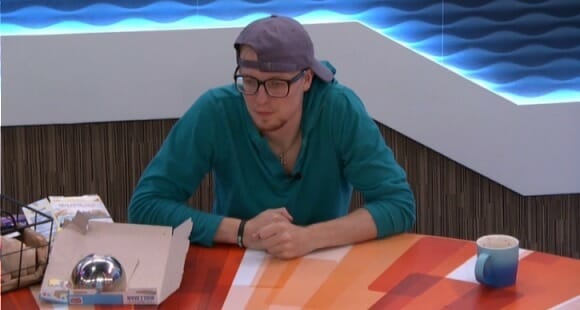 Good afternoon, everyone! You know this is a weird week when JC was up this morning before the rest of the house doing his workout. The guy is usually the last to get up, let alone wake up to work out. Weird.

Tomorrow, the level 5 alliance will be down to level 4 as either Brett or Rachel will walk out of the house never to be seen again! I think Jess is the only pre-jury former cast member to remain relevant (don’t quote me on that). Speaking of, every season I think how dumb it is to have such a big jury because it just seems like everyone is happy just to make the jury and nothing more. With this cast of people who really don’t know the game all too well, it’s refreshing to not hear people beg for a spot on the jury. I also always forget just how hard it is to actually make jury in this game considering 4 big players will be out of the game come tomorrow night (Sorry, Steve).

The week of Bayleigh also officially ends tomorrow night, and although her power actually ended two days ago once Tyler didn’t use the power of veto, someone forgot to tell her that. She has been going on one of the biggest power trips I’ve seen an HoH do and it’s both funny and sad to watch at the same time. Funny because it’s always great to see players crash after feeling that brief moment of power but sad because there was a lot of hope from the fanbase for Bayleigh this season. She gained an enormous amount of sympathy when Swaggy left the game and even won the third power as a result. To watch a humbled girl turn into a ‘queen’ (her words) that quickly is just sad to see.

I’m not really sure what to expect today. We have had a very slow week, but Wednesdays are notorious for either being insanely slow or crazy depending on the nominees. Brett should remain cool and calm but you never know what you’re going to get with Rachel. Let’s watch and see….