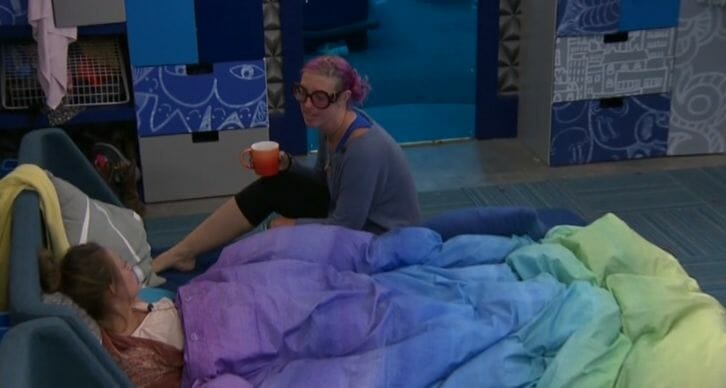 Good afternoon, everyone! Just one day until what expects to be an eventual eviction night where either Kaitlyn or Rockstar will be evicted then turn around and work on some puzzle to come back in the house. With the way the week is going, it is shaping up to make for an exciting Friday!

Despite knowing that the person leaving this week could very well turn around and come back in, both RS and Kaitlyn are going hard at campaigning to the point where people are almost forced to draw a line in the sand to choose their side of that alliance. So, even if the person does come back, they’ll know the votes and know they don’t have a whole lot of support in the house moving forward – even with their own alliance. That sets level 6 up pretty well to cruise to jury as the other side of the house will keep eating at each other.

Not a whole lot to discuss before jumping into the feeds, so I’m going to do that now: