Big Brother 21 – Big Turn Of Events In The House 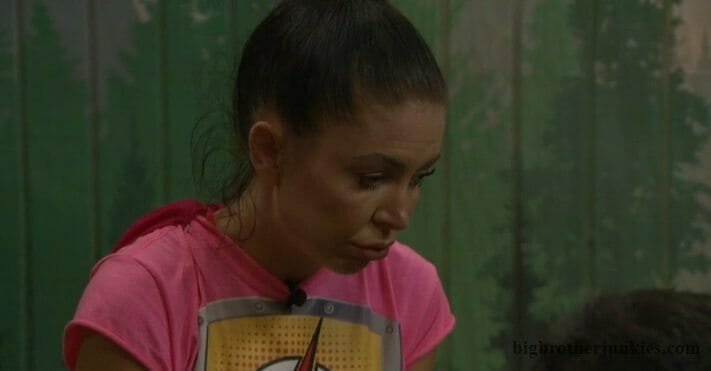 I spent the afternoon discussing whether or not Nicole made the right move by going for Christie over Jackson, but how about this for a turn of events… Nicole is actually playing 4D chess over here and knew that if she left Jackson in the game, he’d probably win the next HoH and he can’t vote as a result. Cliff and Nicole peg off Holly which leaves Jackson vulnerable the following week because he cannot play HoH. His only chance to survive is the veto competition. This way they get Christie, Jackson, and Holly out with one string of moves which puts them into the final 3 with arguably the weakest person outside the pair (Tommy).

Alright, I doubt Nicole was thinking that far in advance, but I’d tell people that was my plan if I were her.

With Nicole winning the veto, that basically guarantees she’s going to remove Cliff and that will force Jackson to nominate Holly. At that point, Nicole and Cliff have 100% of the power because they are the only two voting. Barring a tie for whatever fluke reason, Jackson’s week is over and it’s – once again – all up to the outsiders.

The question will be is if Tommy’s weird decision to reveal his secret to Jackson and Holly will backfire on him now. As I posted earlier, he revealed it to them and I can’t think of any good reason how that benefits his game. That decision could immediately come back to haunt him as Jolly (Jackson/Holly) have ammo they can use with Nicole. They are already discussing the consequences of Tommy revealing his secret at the final 2. They know that people will be impressed at his ability to hold the secret, and they also know he’s guaranteed a vote in Christie (who will also be campaigning for him).

What a crazy game. Obviously Nicole should use the veto, but what do you think she should do? Evict Tommy or Holly? Normally Holly is a no-brainer but taking Tommy into the final 3 is a massive risk because he can win the final HoH and then win the game.

Alright, going to update below with any random thoughts and updates if anything happens

Cliff is alone in the bedroom trying to piece this all together. Let’s manifest him some information!

He eventually comes in the room and tells Nicole that Holly should stay. lol

Yup, they are planning on telling Jackson that nothing underhanded is going on. When that happens, Tommy is gone. Cliff won’t go back on his word

Well, we can hope that they delay in telling Jackson so Holly has a few hours of losing her mind.

She’s already listening in on Nicole and Cliff 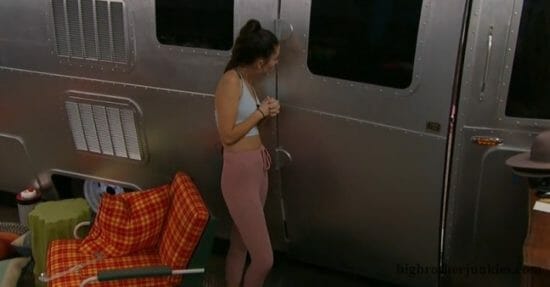 Nope, Jackson comes in the room and they tell him right away. Boring week returns