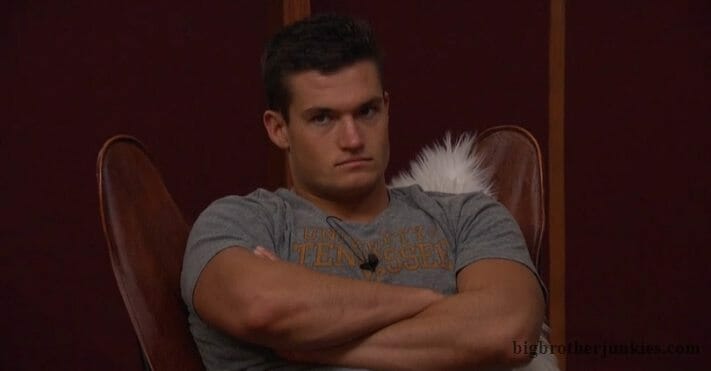 The week of ‘finals’ continues tonight with the final live eviction episode of the season! We already had the final veto competition and final hoh ceremony, and every day moving forward is the final day of the week (for example, today is the last Thursday of the season). It’s quite sad, but after the last few weeks which have been absolutely dead, it’s also a relief to just get it over with.

Next Wednesday will technically be the final eviction but it’s also the reveal of the winner so I don’t call it an ‘eviction episode’. It’s more like a finale episode where someone gets evicted in it (before I have people nitpicking semantics).

It’s unknown how the final HoH is going to go as the last HoH and the last veto were typically the exact type of competitions that would have taken up rounds 1 and 2 of the final hoh. I’m not sure if they’re going to just repeat another endurance and another mental/physical comp for rounds 1 and 2 or change things up this year. If they do change things up, that will benefit Nicole tremendously as she really has zero chance at winning the final HoH unless there is a comp built for her skillset (like 80% mental 20% physical). If Nicole wins either round then she’ll be playing for the final HoH on Wednesday night and have a very equal chance at actually winning the competition (because it’s almost always just mental/luck).

In summary – Nicole has to win one of the first two rounds of HoH or it will be Jackson and Holly sitting in the final 2. Nicole winning a round doesn’t guarantee she’ll be in the final 2 but it at least gives her a chance.

And for those super new to Big Brother, this is how it typically goes:

The winner of round 3 then evicts either of the 2 remaining players and that is your final 2.

If competitions are what they usually are, I fully expect Holly to win round 1 and Jackson to win round 2… but they could switch things up this year. We’ll see.

Alright, an hour to go until the episode, so I’m going to publish this now and wait. Check back!

Nicole tells the DR – “Do me a favor, Michie. Go f yourself”

Up next, Jury House

Seems like Nick and Kat have been flirting. Fun

The producer asks Nick if he’s still thinking of Bella and he remains silent. Awkward

Christie and Nick argue some

Tommy and Christie reveal they know each other and Nick feels even more betrayed.

Back to the house, Jackson showing some rage in the DR about Cliff’s threat

Ok, finally time for Cliff to be evicted….

Julie points out how Cliff and Nicole waffling on the deal really did break the trust. She asks how he’d feel if they did that (if the tables were turned) and they talked about keeping Tommy

Julie says part 1 of the HoH plays out in it’s entirety on Sunday so it’s possible they are switching it up this year and not having endurance first.

Alright, I guess that’s it for now. No clue how when the final HOH comp is being played. I’m sure we’ll find out on the feeds but I doubt we’ll see it play out