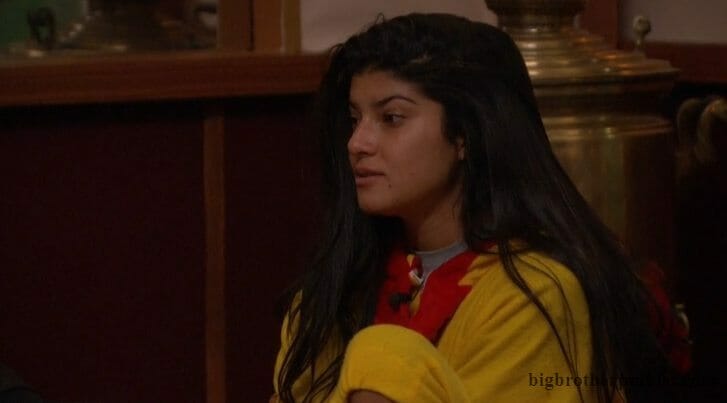 Happy Friday to everyone and I hope that you have a great weekend! Okay, take care.

Kidding! It just sounds like a send-off when you tell someone to have a good weekend, but this is only the beginning for me! This is going to be a big week for Christie because she’d better hope she didn’t use up all her manifestations last week to get herself off the block. If she did, she’s going to find herself talking to Julie next Thursday night as she is Jackson’s #1 target by a long shot. She’s so far ahead that I don’t even think he really has a #2 which is actually good for Christie. It’s much easier for you and your alliance members to survive a week when the HoH only has one main target because they get blinded by that and make poor nomination decisions.

What I mean is, It’s very possible that Jackson nominates Christie and Cliff and Tommy wins POV. He saves Christie and suddenly those two are sitting pretty once again. The backdoor approach is always a gamble as well because half the people playing in the veto may not want to use the veto if they win. It’s usually best when you have two equal targets and you just throw them on the block together then put a pawn up if one saves themselves. It’s sometimes messy and it’s very direct, but it’s the option with the least risk of your targets remaining in the house.

Before I begin updates, it’s BBJ Pet of the Day time!

Here is Gizmo sent in by Shari (aka kneeless on this site). Adorable kitty! 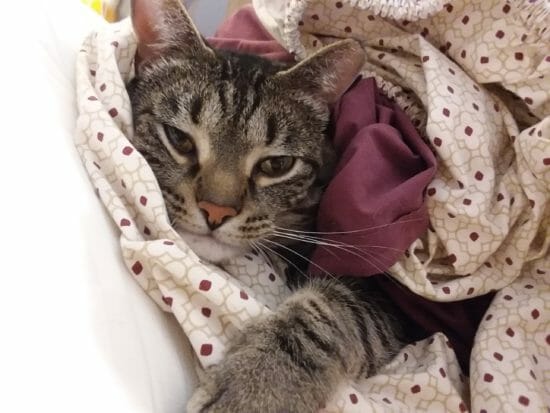 11:00 AM – Jackson has been hosting meetings with people. It’s Christie’s turn

Christie immediately starts coaching Jackson on how to have a good HoH week. She’s clueless.

Christie says she’s done with all the games. She’s not up there to throw people under the bus. Blah blah blah.  She then proceeds to mention Cliff over and over as a way to get in his ear. She didn’t ‘trash’ him but she basically pushed his name.

Jackson is saying he isn’t allowing himself to consider anyone until he’s heard from everyone. Good one, Jackson

Christie keeps cutting off Jackson just like she does with everyone. Smooth.

Jackson keeps saying it’s a game and no matter what happens, he respects her. She knows she’s going up

12:00 pm – Jackson talking to Jess and explaining how he’s going to take a shot this week because this may be his chance. He’s obviously referring to Christie. He explains how he wants to go against the strongest players but he also doesn’t want to hurt his chances next week. 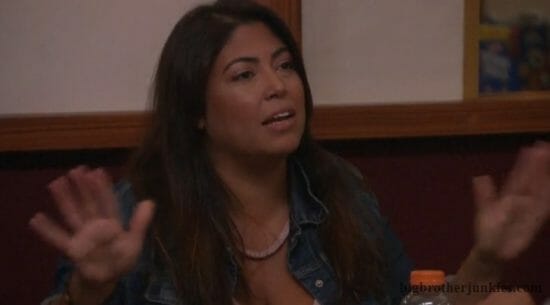 12:30 pm – Holly getting ready on one cam while Nick is hanging with Christie and Tommy in the RV room.

1:30 pm – Christie is still in the bedroom she’s now crying. Going to be a lot of fake tears this week

She says she’s giving up because she doesn’t care any more. Sure.

2:00 pm – Jess is in the bathroom giving Christie an annoying pep talk while Holly and Jackson are hiding up in the HOH room.

He looks very happy right now. Has Holly there plus his watermelons 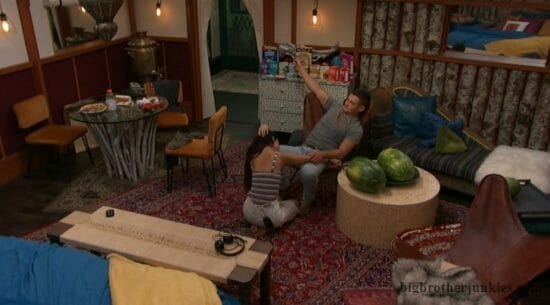