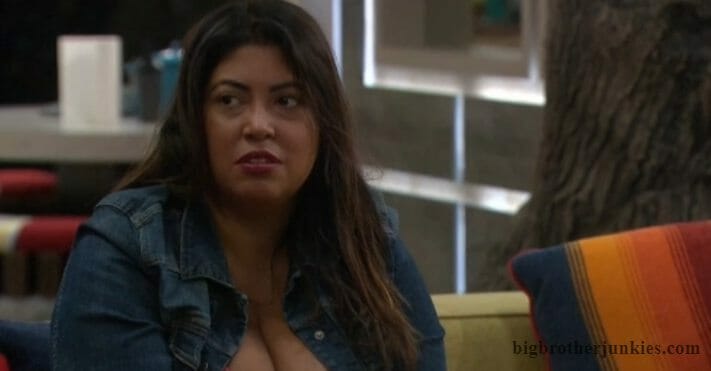 Last night, Nicole came extremely close to winning her first competition of the season. She was hanging on to the wall and looked completely solid – until she didn’t and she fell. She began to cry which was actually really sad because I know how much she wants to win an HoH once. Had she just survived Tommy, Jackson apparently would have dropped for her to give her the win. That didn’t happen because Jackson was worried that Tommy would nominate Nicole this week so he felt he had to beat him.

It makes sense. Jackson and Holly have been tight with Cliff and Nicole lately and that’s apparently their final 4. Keeping Nicole safe was a good move even though it puts a larger target on Jackson’s back. Seeing as he was worried that Tommy would go after someone he’s working with, that makes it a no-brainer to just get Tommy out. Right? Not in the world of BB21! Jackson has decided to target Jessica of all people. Jessica. Really. I don’t quite understand the logic behind it because there isn’t a whole lot of logic. It’s BB21 being BB21 and going after Jess when there are clearly bigger targets out there epitomizes this season perfectly.

Christie will apparently go on the block with Jessica because (again BB21 being BB21) they’re trying to make Christie’s resume look more and more impressive. When she is sitting in the final 2 and brags how she survived the block 4x in a row, nobody will stop to think that she was never in danger for half of those. It won’t matter. It’s incredible how bad these people are at this game. I mean this is not superfan strategy level. This is basic level thinking.  (ironically, 30 seconds after I wrote that last paragraph, Jackson told Christie that being on the block 4x in a row is a hell of a resume. So he knows he is strengthening his opponent but is still doing it!  — BB21 being BB21 — )

Quick plug – If you love Mel’s recaps or NK’s updates in the comment section, please feel free to buy them a coffee or something here. There are links directly to their PayPal here. Thank you from them.

This good boy is Walter! He is sent in by Lathering. He looks like a very sweet guy and I absolutely love his name! 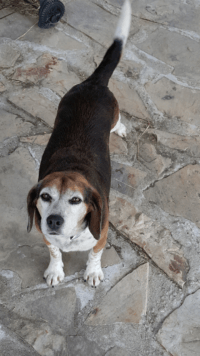 11:30 am – Jackson is upstairs telling Christie she is going on the block once again. She isn’t thrilled but I think deep down she is excited about this. They are trying to hand her $500k here.

Tommy comes up and Christie leaves. Jackson begins re-telling the plan and telling Tommy to go for the veto. He can use it if he wants as long as he uses it on Christie (lol). This house is something else. At this point in the game, they still haven’t figured out how close Christie and Tommy are.  Anyone who isn’t dragging Jessica along is a moron. It’s pretty simple. 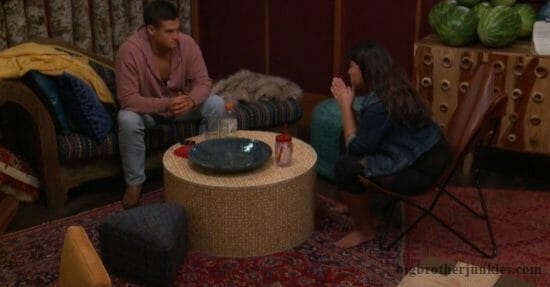 Jackson tells her he’s not going after her but explains how she’s a mental threat. So, he’s clearly lying to her face which will do wonders for his jury standing. Dumb

Jackson is trying the complement approach where he loves her and he wants to give her a chance to play veto and it’s because she’s a super genius at the upcoming mental comps.

Jessica is shocked that she is being nominated. She’s trying to keep cool about it but you can tell she’s shook up about it. She even basically said that she can’t win the first two comps of the final leg which means she’s not really a threat.

1:30 pm – Jess is playing backgammon with Christie in the bedroom. Exciting times

2:40 pm – Jackson just having a casual conversation with Nicole in the bedroom. Jess comes in to chat about random stuff like battle backs etc. 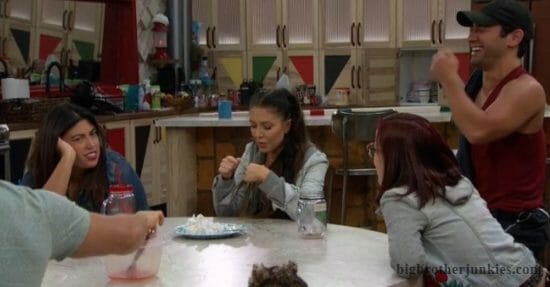 6:40 pm – Jackson is up in the HOH room with Nicole and Holly re-telling his conversation with Jessica.

Jackson re-tells that Jessica said there are bigger threats to his game than her. He thinks she was alluding to Cliff. Let’s take a moment to appreciate Tommy’s ability to remain invisible this far into the season.

They decide Christie will cling to Tommy once Jess goes. These people legit think Christie/Jess are closer than Christie/Tommy. Unreal. They boggle my mind.

Jackson says Tommy doesn’t have anyone in this game so he definitely is not throwing comps. Ugh.