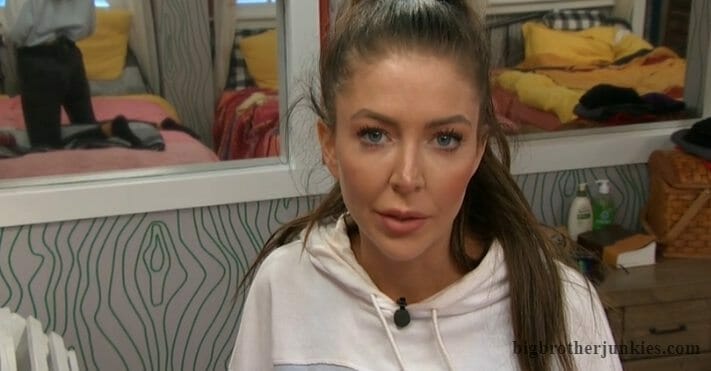 What a weird season. I don’t know how else to describe this season but just flat out weird. So many different things happened from it starting off slow, getting a bit racist, calming down, then getting super strategic with intense Thursdays. We haven’t had many blindsides and there really weren’t a whole lot of fights. The old guy everyone expected to be voted out first is now in the final 4. A guy with a lego head may win half a million dollars. Just all weird.

Here we stand now with two pairs inside the final 4 which is also another strange thing. Two pairs of allies who have been teamed up since early in the game actually making it to the end together? I can’t think of that happening too often. That puts us in this weird situation where they’re looking out for themselves while also looking out for their teammate to get into one of three available remaining spots. There is usually someone still expendable at this point in the game but not this season.

Due to that, we have the current situation where Jackson made all these deals to keep Holly in the house and one of them was for her to throw the most recent HoH. That deal guaranteed Cliff or Nicole a spot in the final 3 (Nicole ended up with it). Then we had Jackson with this weird deal with Cliff where Jackson is supposed to take Cliff to the final 2 if he has the choice. He talked to Jackson about that deal today and confirmed he’d still like it to happen – HOWEVER, he also said that he didn’t have a similar deal so he’s going to take Nicole if he gets there.

What the holy hell are you thinking, Cliff?  You don’t actually remind Jackson of that this far in advance (if you do at all). I understand you want to play the morally high game but at some point, it’s going to cost you. Jackson is most certainly taking Holly to the end with or without his deal with you. Now, on the flip side, telling Jackson now helps lock up his morality plea to the jury. He has to know that Jackson is going to take Holly so he may as well say it now so he can say he was always honest in the event he actually does make final 2. It’s good jury management. It’s just weird… but so is this season.

Everyone is all snugged in the living room on their own section of couch. I’ll be back if they actually do anything tonight.