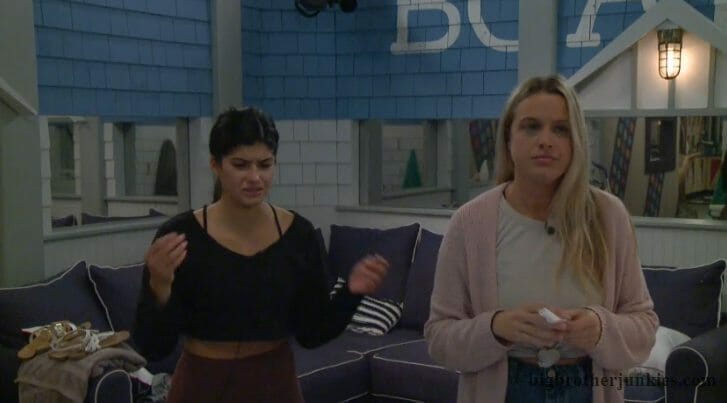 I hope you’re having a great day! The week is officially underway as nominations are in and the campaigning can begin. I’m not sure how I feel about these noms, but Jackson doesn’t know what we know which is the real-life connection between Christie and Tommy. I’m still surprised they’ve kept it secret this long.

Jackson ended up nominating Christie and Analyse with Christie as the main target. He was pumped that she nearly went home last week and is going to try and seal the deal this week. If Christie survives somehow, I’ll be completely impressed because the target on her back is getting larger and larger. I picked her as a pre-season favorite to possibly win but she may end up the 3rd person in the jury.

This week is definitely going to be interesting and tomorrow will play a big part in the week. Tommy will have to save Christie, and Nick might, but he also may save Analyse.

5:00 pm – The meeting has ended and now people are scattering around

Christie and Analyse are playing it cool early, but I predict a few crying sessions from Christie by the end of the night

Tommy is telling Christie and Analyse that you never know what can happen and Christie trusts the universe.

Holly was in the room and she leaves. Analyse waves goodbye to her 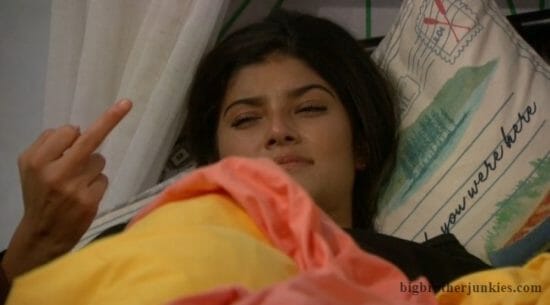 Analyse says she wasn’t expecting to go on the block because Jackson said he doesn’t want her seeing Julie this week. Christie points out that it’s because she’s a pawn

Christie keeps calling Jackson cowardly, yet he put her on the block to go head to head in the veto rather than not give her a chance

Analyse says that she doesn’t understand it because it’s not crunch time. If he wants to compete, they can compete, but at crunch time. What? What does that even mean?

5:50 pm – Analyse and Christie beg America for a secret power to keep them safe lol 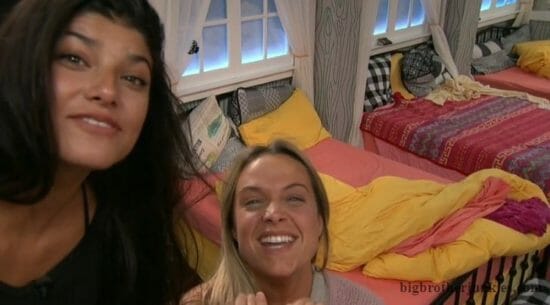 6:20 pm – Tommy is telling Christie that Nick will indeed pull her off and Tommy feels good because he doesn’t think Jackson will nominate him. Well, I have bad news for Tommy because Jackson doesn’t have very many options. If Nick wins and takes Christie down, Jackson has to choose between Jess, Nicole, Cliff, and Tommy.  He may pick Jess but I don’t think he wants to get her out this week.