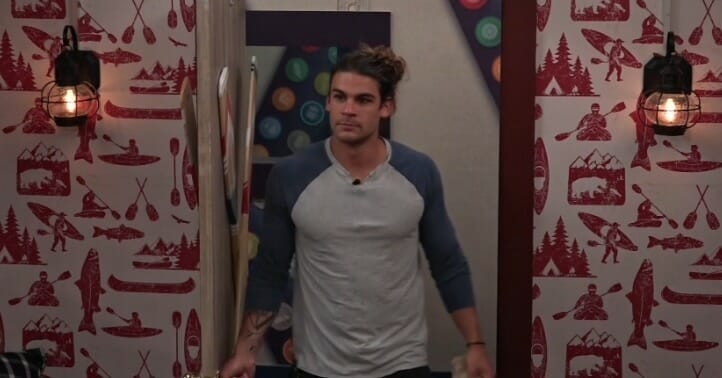 Well well well, it looks like we have a game! Thank you, Cliff!

I will say, he had me worried last night when he told Tommy that he would just pick off Jess or Kat if he won, but that was all lip service because he did win and didn’t hold back. Cliff went straight for the throats of whatever alliance you want to call active now between gr8ful, h8ful, und9able, or 6shooter. Whatever. He nominated Jack and Jackson which sends a huge message to the house that the weak are not going to just roll over an die. For that, Cliff has likely earned a spot in the Big Brother Junkies Hall of Fame.

I know it’s basically a no-brainer move, but it’s not always a move people would make. Going after the two strongest guys in the house is an intimidating step for anyone which is why they usually skate by until they’re blindsided in some double eviction. When he said Jess and Kat, I really thought that’s what he was going to do because the weak side of the house seemed both weak and stupid. But, Cliff proved me wrong. Nicole made a bold move by shaking up gr8ful last week and Cliff followed it up this week by getting one of them out. Maybe. We don’t know who wins veto yet an with the diamond still there, anything can happen. If Jack wins the veto and Christie uses her power, Jack can pick the renom and then we’d have to count votes.

I’m very proud of this batch of ‘outsiders’ because they’re not just rolling over and dying. Well, Jess and Kat are, but Nicole and Cliff are going down fighting. Well done!

Get the live feeds here

Recap in the morning