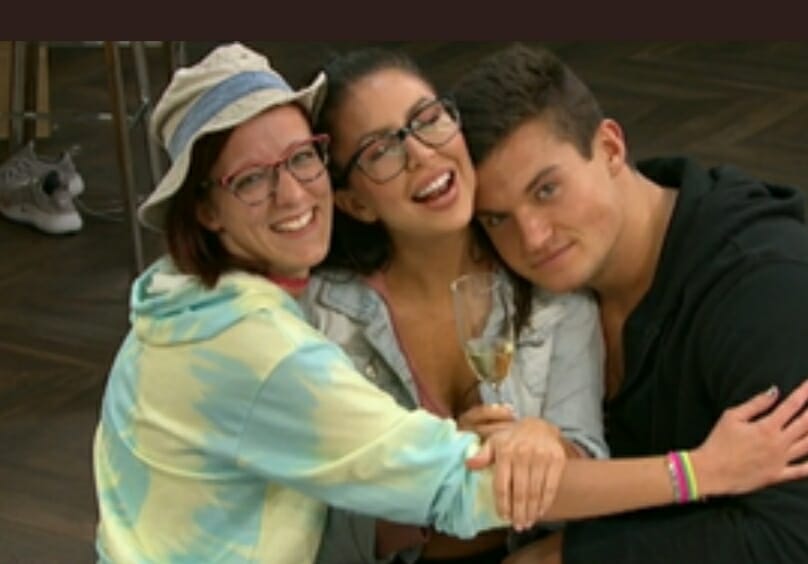 Good morning Junkies. I’ll let you know right off, I don’t have very much today and I don’t have the random stuff I sometimes toss in so this will be a short one. I’m working on a season recap and that’s a bit more time consuming so a day like yesterday is a good day to cut short.

Last season, I broke down the games of the last 3 players, doing one of them each day. I was going to do that this season but realized, there isn’t as much to say. The game was so much different this year as far as what moves each of them were making from week to week. Tyler and JC did so much every week last year, it really needed to be broken down individually. (Not insulting Kaycee, she just played a different game) I’m not saying there wasn’t a lot going on this season because there was, it’s just harder to pinpoint specific game moves for each of the F3. All the players best moves or things that propelled them further, were more reactionary this year, rather than being planned. Christie is the only player I can think of who’d need an entire thread to go over everything they did in the game. She’s the only one who had her hands in everything….all the time.

This season, I’ve decided to break up the game as a whole into sections and recap what happened during those weeks. I’ll include how each of the F3 impacted the game during that time frame. It ends up being almost the same thing, I’m just going about it from a different direction. (Besides, if going this route doesn’t  work, you’ll forget about it by next summer and hopefully not hold it against me) I don’t know if it will be the mornings of Sun-Tues or Mon-Wed yet because it will mostly depend on how far I get with it today. (I’d planned to have all day to work on it but my sons girlfriend is out of town and he asked me if I’d be his plus one at a wedding this evening) Since I won’t have as much time today as I’d planned, there may be one more mini recap in the morning before I dive into a season review, I’ll just have to see how it goes. Steve will have his breakdown of the players and he did Jacksons last night so go to the previous thread and check it out if you missed it. He brought up some things about Jackson that I’d completely forgotten.

Yesterday on the feeds:

This isn’t one of those seasons where we see  two people trying to talk and scheme when the third is in the DR. A few comments have been made here and there but nothing like real campaigning. Everyone is saying they’re scared they won’t be picked to be taken to the F2 by someone else but so far, that’s about it. Here’s a look at what little we saw happen.

That’s it for today and sorry I didn’t have more. Part 2 should be played sometime today (unless they’ve changed it) and it’s usually late in the evening when when find out the results. I’m hoping for a Nicole win today (desperately) but it’s still anyone’s game. Beth winning the F3 hoh has the most predictable result in my opinion.  I don’t see her making a big move and taking Nicole, no matter what she thinks her chances are with either of them. I could see Nicole doing either one and taking Beth or Jackson. It seems Jackson would take Beth but if Cliffs jury stuff got into his head, (and we know it did) I could absolutely see him taking Nicole if he thought he could beat her easier.  I just don’t know who he thinks is easier to beat.

Have a great Saturday.