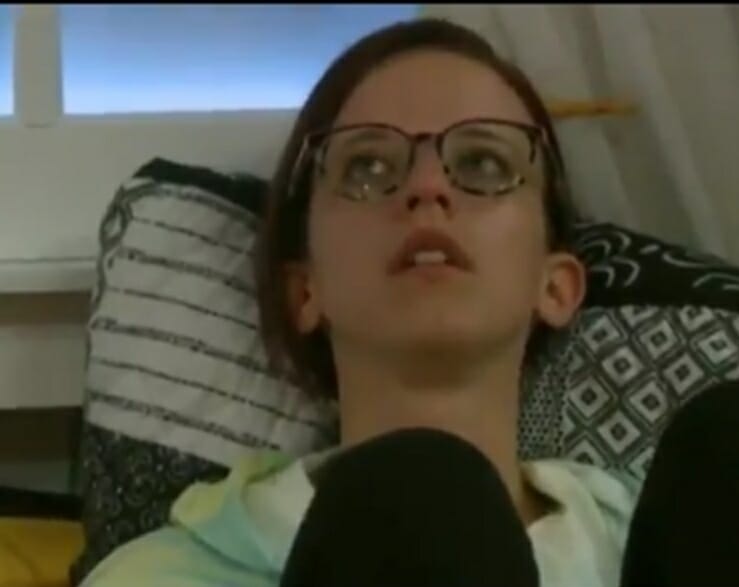 Good morning BBJ family. I almost don’t want to recap yesterday because I can’t imagine anyone wanting to live through this twice. I’m going to keep this one shorter because there will be more to talk about once the veto is played.

They played the whacktivity comp and Christie won it. I had sort of hoped Nick would win. He’d take the shot at Jack if it was anonymous and he’s dumb enough to sabotage his own hoh to do it. Unless something changes, it doesn’t look like Christie will use it to get rid of Jack like we’d hoped. Tommy is the only person she told and she told him she’d only tell Jack about it right before she used it.

Nicole let Cliff do another Cliff Notes segment before she bothered to tell him the house could hear him talking. I can’t imagine having that info and waiting an extra day to tell. The damage was done but why wouldn’t you make that a priority? Maybe it’s the same reason Kemi didn’t get in a hurry to tell Nicole.

Nicole got caught trying to play the big alliance against each other. It was a good plan but poorly executed. Let’s be clear, Nicole did do that and got caught doing it but that’s no excuse for the mean behavior of some of these people. Cliff was right when he mentioned Lord of the Flies to Nicole because we witnessed mob mentality yesterday. Steve already covered the alliance meeting and the new alliance officially including Sam called Unde9able. (Unbearable is more like it) Seeing these people work themselves up, talking over each other, becoming louder and cockier by the minute was disturbing. Having a common enemy unites people and it has for centuries. That’s what we saw yesterday.

Basically, Nicole had talked to Christie, Holly,  Sis and Jackson a little bit playing up the “Nick and Bella are bad” thing. She told Nick and Bella she was with them and said the rest of the house was after them. She was trying to find a place to land to keep herself safe. She was also telling the truth. The truth doesn’t matter in this game. The perception of truth and the way someone can spin the truth is all that matters and that’s Bellas specialty. 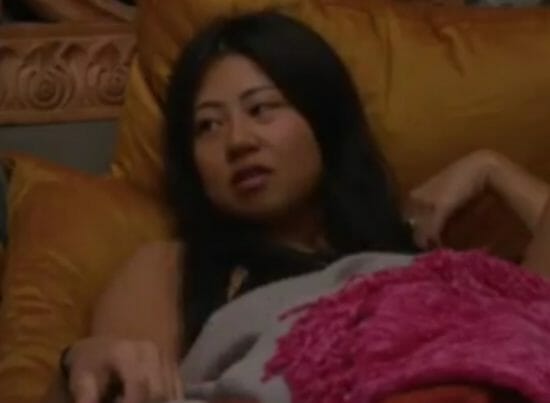 Once again, Bella ran her big mouth and H8ful began to compare stories. Bella has a distorted version of what was said so that didn’t help Nicole out either. The final straw for them was finding out about Nicole swearing to Bella on her grandmother’s grave that she didn’t have the power. One misspoken retell of a story sent this into overdrive. Bella said she swore on her grandmother’s ‘life’ and Christie told Bella Nicole’s grandmother was dead. Tommy, Christie and Bella felt this proved Nicole was an evil mastermind.

Bella at least got busted for one thing later in the evening by telling on herself. She let it slip that she told Nicole about Christie overhearing Cliff talk to the cameras.  Jack and the rest of the group weren’t pleased.  Cliff knows the jackoffs (who are pretending to work with him) didn’t tell him and they may not get any new info from eavesdropping anymore.

Holly, Christie and Sis spilled everything during the H8ful meeting from the night before when they were talking and bonding with Nicole. She was called a bitch several times by Sis and as is becoming her habit, Sis starts talking violent. She’s always ready to confront someone or beat someones ass. (She never does anything…except Jack)

Tommy and Christie still want Cliff out first because they think he’s the bigger threat.  Nick and Bella want Nicole out. We’ll see how this plays out after the veto. Nick called Nicole a sociopath or psychopath (can’t remember) and said he could diagnose her. Since he’s actually a therapist, this is some disgusting territory to enter into. I’m curious if he is actually a therapist. He possibly is but CBS stretches the truth about peoples jobs on BB all the time. For example, Nicole isn’t a preschool teacher. She’s some kind of aide and wants to become a preschool teacher. I sure as hell wouldn’t want Nick doing any kind of therapy on my family.

Tommy and Christie told Nicole it would be a good idea if she spoke with people in small groups, that way no one could twist the stories. Tommy sat in when Bella and Nicole talked. Bella talked and told Nicole how terrible she was as a person. When it was Nicoles time to talk, Bella said she didn’t come to hear Nicole talk so she left. So much for that. 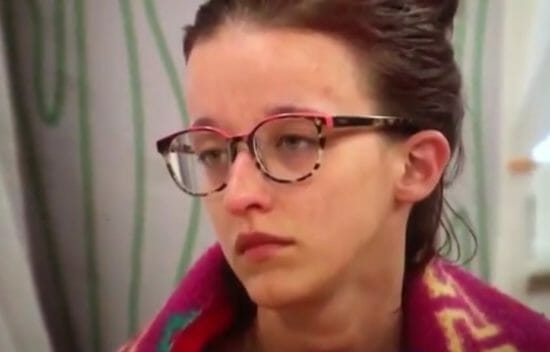 Nicole cried, felt very isolated and very ganged up on. She’d had a door closed in her face and could hear people upstairs talking about her for what must have felt like hours. I can usually separate my emotions from the bad behavior we see on the feeds. (alls fair in love and BB kind of outlook) This broke my heart last night though and I wanted to jump through the screen just to give her a hug. David took care of it for me: 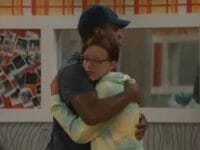 Holly eventually talked to Nicole and had amnesia over her earlier behavior. She was sympathetic and nice. Most of the house talked to her at various times but she’d already been put through the ringer so it’s too late for them to redeem themselves imo. She mostly talked to Kemi, Kat or Jess. Kat is a dingbat but she wasn’t involved in any of this crap. Sure, she spent a week with Jackson, may be starting a shomance wth David while simultaneously trying to start one with Brett from BB20 but she isn’t an asshole. Kat can stay.

There’s more mean comments and details I was planning on writing like when Jack walked by Nicole, Cliff and Ovi and said “another one bites the dust” or when he called Ovi and David “fatties”  but I just don’t have it in me this morning.  Christie and Tommy made plenty of their own about Nicole and Cliff. You get the gist and I still feel deflated from last night. This season is on a downward spiral and the odds are stacked against anyone who isn’t a complete jerk.  However, that’s one of the reasons we all get together to discuss what’s happening in the house. We’ve lived through BB15 and BB19 and we can be here for each other if this crap continues. I’m not letting the jackoffs and some bitchy women take BB from me. I’ll ride this out and hope for better in the upcoming weeks but for today, I’m spent.

Check back later for Steves update on the veto comp and have a great Saturday.