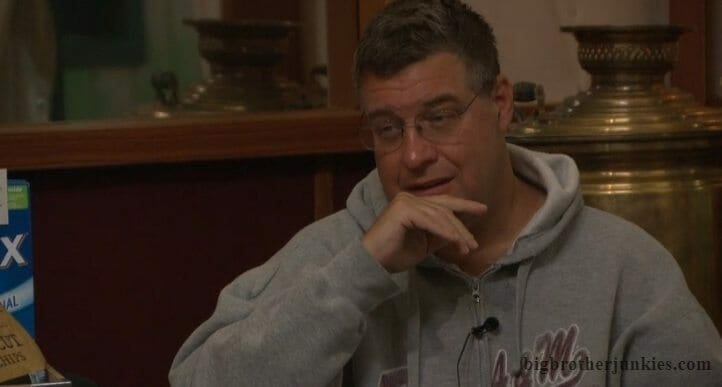 It’s that time of the week again! We move closer and closer to winter (cry) as each person gets evicted from the Big Brother house. For the second week in a row, the house is planning on a double eviction, but for the second week in a row, they’re going to be wrong. The good news, however, is that the HoH competition will take place on the live feeds which you can get here free. I’m guessing it will be the slip n slide comp. Let’s just hope it’s not as pathetic as last season when the ramp was too short and barely enough grease.

Not much to talk about other than Kat is likely going to be joining Jack in the jury house. I predicted she would possibly make jury but likely be the first 5 out. I was wrong by 2 slots. She does indeed make jury, but she’ll be the 7th out.

Before I begin, I want to take a minute to spread a message for a special friend and huge BBJ supporter, Daina. She could use some prayer from you guys but don’t want to give too many details.

Also, thanks to anyone who has donated this week. As mentioned, I added Mel and NK to the list!

Julie opens by talking about the last 24 hours being wild, although she wasn’t as excited as a few weeks ago

Playing up Nicole as the swing vote before heading into commercial

They made Cliff look like a jerk and Kat look like the sad hurt person even though Kat has been pretty much throwing him under the bus all week trying to stay in the game. Cliff was just better at it than she was.

Cliff pulls out a card and says ‘the results are in, I am not your father’. wtf 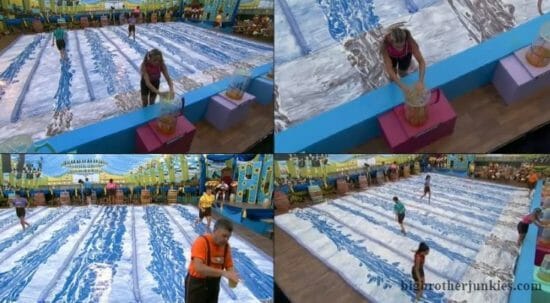 Nicole, Jess, and Cliff have 0 chance

Looks like Christie is in the lead with Jackson close behind

Here is Christie’s container. Right now she is the closest to that line. Jackson’s is not in this angle (Christie’s is above Nicole) 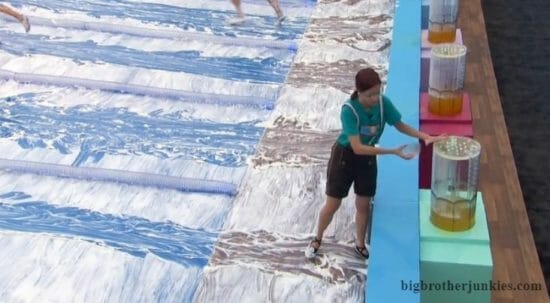 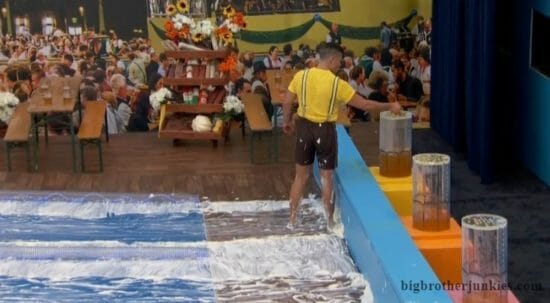 10:25 pm – (est) Right now Jackson has a slight lead. Nick and Christie are tied for second

Jackson is just about at the halfway mark. Christie and Nick have just hit that black line 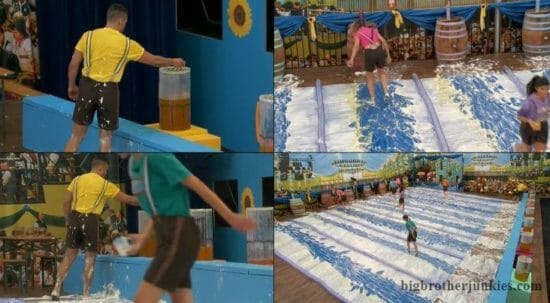 And Jackson has now lost his pants.  Last endurance he peed himself, this one he keeps going with broken pants.  Dude wants to win 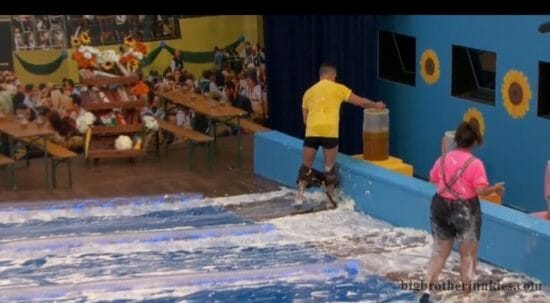 The rest of the house is already wondering who they’re going to see in Jackson’s basket. So it’s just a matter of time at this point

And here is Nick falling for those who will enjoy that 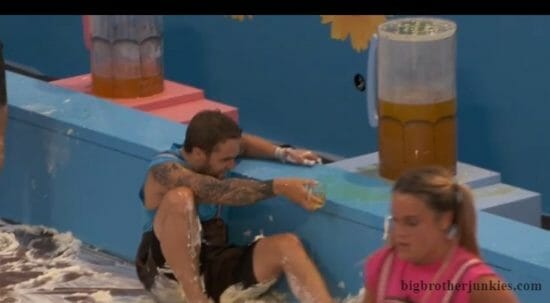 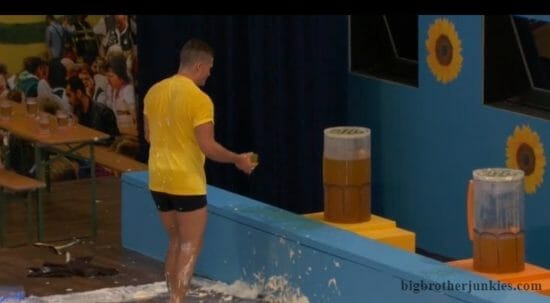 Sis has run out of gas 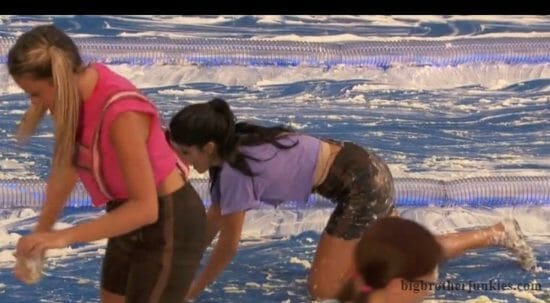 Holly surprisingly pulled into second place but Jackson is the next HoH. Should be an interesting week 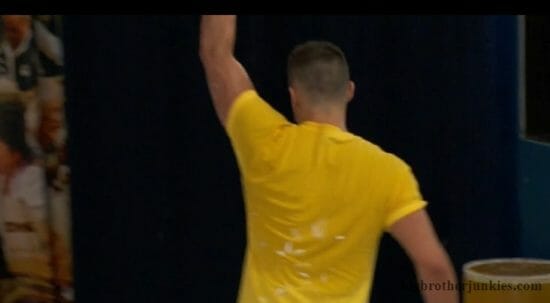 Ok, that’s it for this thread. The house is going to spend the next hour or two cleaning up. By then I will have an overnight thread up

Oh, before I go, Cliff is still going and says he’s going to finish the comp. This is the only time he’ll ever do it and wants to finish it. He said he’s going to stay out there until he’s finished. We’ll see him still competing on season 22.