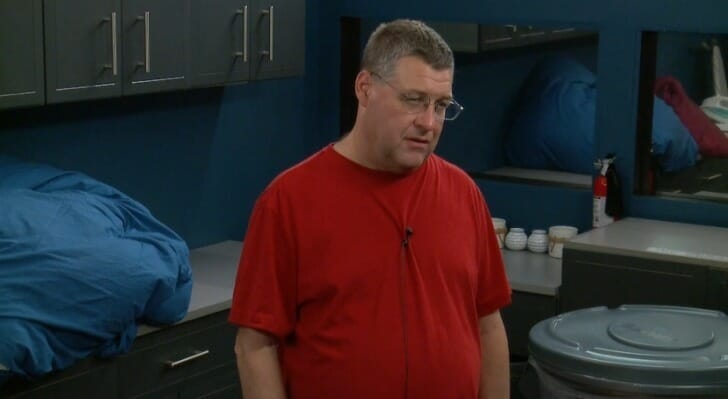 We’re going to have a triple eviction tonight as the Camp Comeback twist appears to be coming to an end and 3 of the people will leave with 1 remaining.  It’s going to be weird going from 16 people to 13 in one night but we finally had to start getting rid of some people because it’s hard to keep track of everyone! Plus, I’m sure any money they saved on hotel costs for this twist have just gone into the food budget, especially the way Jackson eats.

In addition to the twist ending, this also most likely means the return of have-nots as they’ll likely use the camp comeback room. It also means the possibility of Jackson going on slop which will be hilarious. Will he still eat 16x a day? Or will he cry all week? I’m not sure when have-nots are returning, but we were told they would return this season so it only makes sense that it begins either tonight or next week.

It’s been an up and down week for the nominees with Cliff pretty confident he’s staying and Nicole confident she’s going, but it sounds like it should be the other way around. Christie never forgave Cliff for having the audacity to lump her in with the couples during his private cam talk session and has pretended he’s the biggest threat to ever enter the house since that point. There was no way she was going to just let Cliff slide without putting up a fight, and it sounds like she doesn’t even need to fight. I didn’t watch feeds today, but up until today, they never let Nick and Bella know that they’re voting out Cliff so it should be a fun surprise tonight if it remained the same throughout the day.  There is a very high chance they’ll let him know shortly before the live episode, so if Nick and Bella are acting weird, that’s why.

Before I begin the updates, I want to remind everyone to join the live feeds and also thank everyone for the recent donations!  Also, if you donate and want it to go to a specific writer (Mel or NK), please put it in the comments and I’ll forward it over to them.  I may see about just adding their direct links to the donate page.