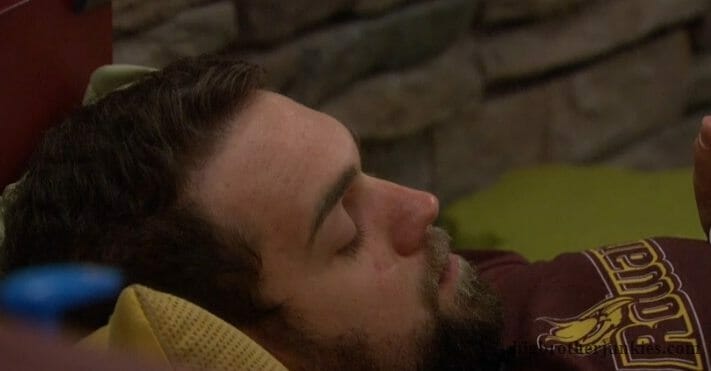 Here we go! Time to find out what the rest of season has in store. There is a lot of speculation that there will be some twist announced tonight (mostly by me) because now is the perfect time. What a better week to announce a reset than a ‘prank week’? It makes too much sense for it to not happen – which means it probably won’t.

If they don’t have a reset, that means they’ll either not have a double eviction or they won’t do the Tuesday night eviction they typically have on the final full week of the season. Granted, they could always reset a week in the future but there aren’t many weeks remaining and it’s just weird with so few players remaining.

Before I begin, a huge thank you to everyone who has donated this season! I can’t seem to reply individually so this is my thank you!

Also, the HoH competition will be on the live feeds and you can get them here for free.

Jackson is the next HoH

Show begins – no mention of a twist

Julie asks if her secret relationship with Tommy, could it be her downfall

We get a jury house segment after the break. Joy. Probably one year that I don’t give a crap about the jury. Jack, Sis, and Kat? No. It was so much better watching FOUTTE enter one by one.

Back. Now it’s the clown segment (aka Tommy’s audition role for a cheap horror movie)

Nick’s campaign where he is the condom of the house. He literally wanted to push the condom metaphor. He is protecting people.

In the jury, Kat gets close to Jack and she says ‘Sis is going to get jealous’. He says she won’t know. They totally had to have hooked up before Sis got there. Had to.

Christie’s speech was just ‘keep me. I like Nick. Etc’

Nick tells anyone who is dealing with mental health issues, make sure to get help. He gives a shoutout to Bella.

Nope. No reset week. That is surprising. 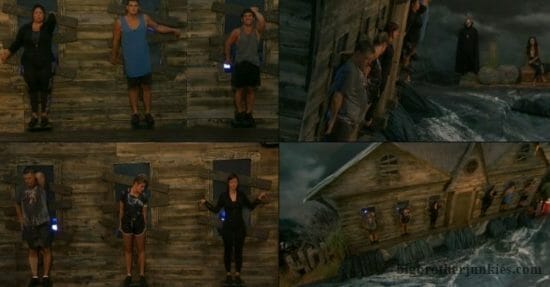 It was a pretty hard fall from the wall. It shook Jess up 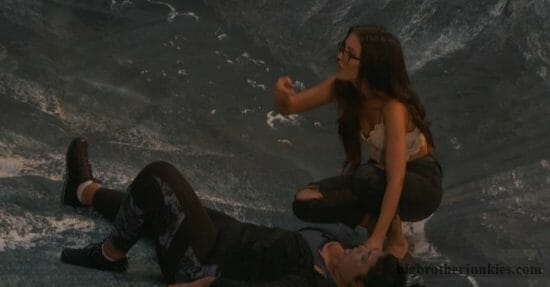 Nicole fell and is crying 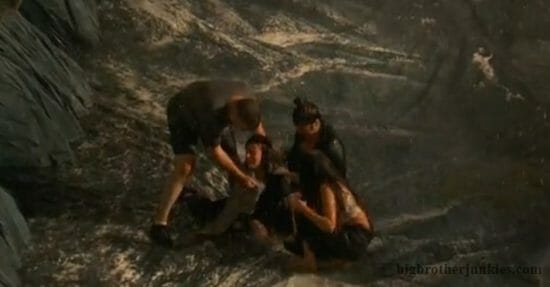