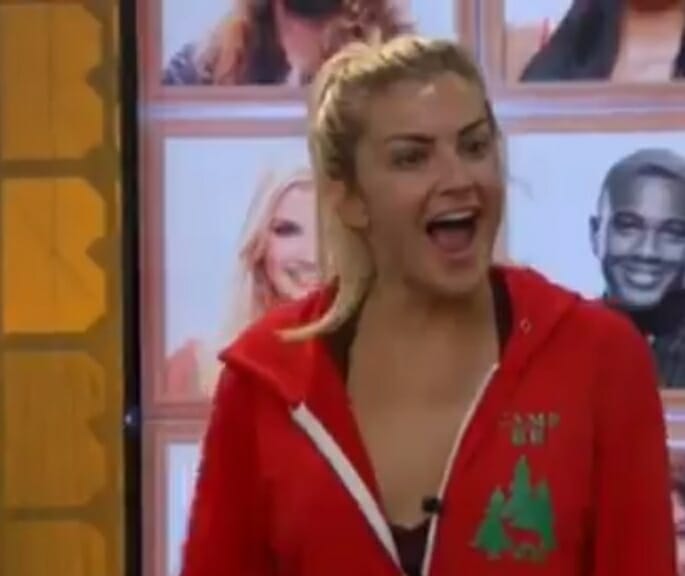 It’s eviction night in the Big Brother house and this is one of those weeks where I have no clue where the ball finally landed before the feeds went dark for the night.

Let me explain real quick. This week, Sam was toast for 99% of the week. He had a plan to expose Christie on eviction night for being such a willing participant of getting out Jack or Jackson when Cliff won HoH. Sam’s theory was that people will trust him, distrust Christie, and decide to keep him in the 5 minutes it takes for him to give that speech and them to vote. Needless to say, it’s a dumb plan. Eviction night speeches never work. They’re only good to make viewers drop their jaws.

I’m not sure if Sam stumbled on this or if he realized it himself, but he decided to let that info leak a bit early. Now, this still wasn’t some brilliant strategy, but at least it was good to watch Christie get all worked up and sulk on it. Sam’s reveal should have basically split up the six-shooters by the end of the night but he’d still be walking out the door. However, the conversation about Holly and Kat knowing each other outside the house came up again last night when Tommy mentioned it (likely to deflect off his own thing with Christie). He also threw in how he thinks Jackson knew them both before coming in the game. What this did was stir up that side of the house to become paranoid about the thought of Holly/Jackson/Kat forming a super tight trio and secretly running the game (like Christie and Tommy are currently doing).

So, Sam’s strategy to throw Christie under the bus may have saved him solely because it created the divide in the six-shooters before the eviction and the extra time allowed things like Tommy to reveal his thoughts on Kat and Holly. Had Sam just tossed that grenade before he left, it would have done damage, but he’d still be out. Now, I’m not completely sure. The cynical side of me thinks things will get all patched up and Sam easily sent home but I am hoping for fireworks tonight.

Join the live feeds here | Donate to the site here

Julie jumps right in and says the last hour in the house has been crazy and she has no idea what is going to happen tonight. Sweet!

Kat tells the DR that she is working to split up the six-shooters alliance as well.  She may have shot herself in the foot with that plan

We get to find more about America’s vote tonight

They showed the clip of the flash mob to the house. Everyone is pumped

Well, no flip but the damage is done. Jackson was not happy about what happened tonight. Everyone voted together because they’re wimps but that was expected. Christie was exposed this week and there is going to be a big rift between Jack and Jackson. Jack is clearly team Christie while Jackson is not.

Julie tells Sam that he was gone when she woke up but he really almost survived as of a few hours ago but clearly not enough time passed.  Julie asked what went wrong and Sam says Kat may have cried more.

America’s Field Trip – You vote for 3 people to take part in a special comp. The winner gets safety, second place gets a punishment, third place gets put on the block as a third nominee that week. The 3 person night will take place in 2 weeks.

Julie confirms everyone remaining is at least in jury

Apparently, it’s trivia but it will happen off-camera. I’ll keep you updated on the winner here