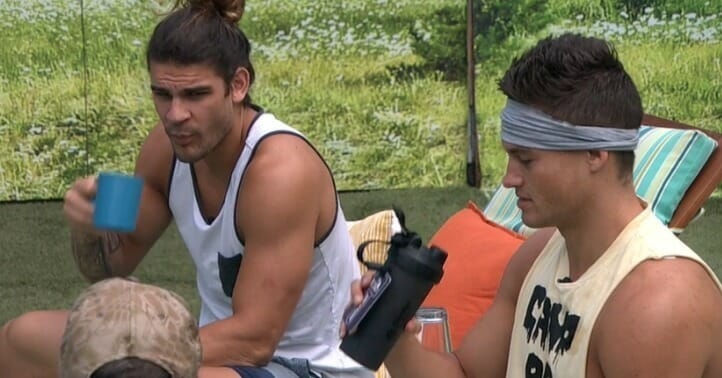 It’s Monday in the Big Brother house and we get to see where the lines are drawn as a few things are up in the air.

Jackson won the veto and is prepared to take himself off. That is about as much as we have because the rest is up in the air. With Christie’s diamond power of veto looming, this day is going to be interesting. Unfortunately, Cliff is prepared to do Christie’s bidding by just nominating Bella rather than forcing it. They have been getting in his head all weekend and now that he thinks he doesn’t have Kat’s support, he doesn’t sound like he’s going to make a big move. Personally, that’s stupid. If I’ve learned anything from Survivor over the past like 30 or so seasons, if you learn someone may have the power,  you force their hand and flush it out.

If Cliff actually goes ahead and allows Christie to keep her power while nominating Bella this week, I’m going to be hugely disappointed in him. Yes, he took a shot by nominating Jack and Jackson, but now he’s backing away from the shot and trying to make peace? No. You took your shot now keep shooting. You chose your side, Cliff. Well, your side chose you when those 6 people voted you out last Thursday, so you have to keep firing back. There is no going back from this. Yes, Christie may be forced to use her power and Bella will go on the block anyway, but now Christie doesn’t have a power!

On another note, it appears Jackson has been sneaking food into the shower and hasn’t been too careful when he does. Feeders have caught him on numerous occasions going into the shower, putting his back to the camera and ducking down then standing up and appearing to chew. Big Brother has to do something about this otherwise the entire point of havenots is stupid and they should scrap it all together.

Alright, going to do some updates – Join the live feeds for free