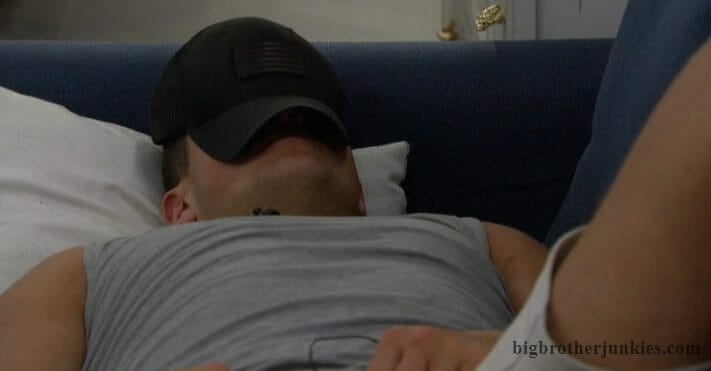 It’s veto day in the Big Brother house and it’s time to see if Tommy will just go all-in with Christie or risk it. I think he’s going to do it because it would be insanely stupid of him not to save her. The big question is what will happen Thursday night as two voting pairs want different people out. Tommy and Christie definitely want to keep Jess while Nicole and Holly should be voting to keep Cliff. Jackson has been playing both sides (poorly) so it will be interesting to see if Christie calls him on it and finally forces him to show his hand.

Although this is the season of ‘voting with the house’ so nobody actually knows where anyone stands and Tommy is such a diplomat that he may do it once again even though forcing Jackson gives him valuable information moving forward. Someone has to take a stand eventually and this could finally be the week where a clear line is drawn. Only took more than 2 months to make that happen – ugh.

Here is Fluffy just chillin like a human sent in by Bonnie. Thank you! 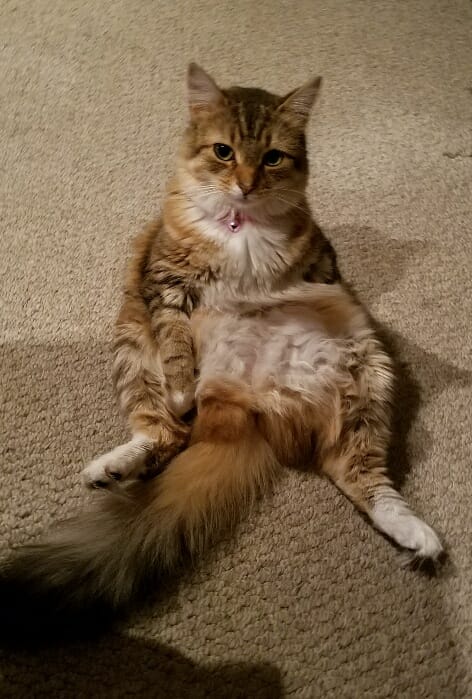 11:40 am – Feeds back. Tommy saved Christie. Cliff is nominated.

This is the first time noms have changed from their original noms since Nick saved himself back before the jury. Christie was saved after that but she was a 3rd nom.

And here comes the drama! Cliff is pissed and he’s slamming dishes around. Tommy is trying to apologize but he’s having none of it. He tells Tommy that he ruined his game and ruined his summer. Tommy tells him to go dance with himself in the corner! It’s wild excitement!!!

I’m kidding. After the veto, everyone goes outside and talks about bullshit nobody cares about. I was trying to pretend what the house would be like with some drama

1:00 pm – Jackson is sitting alone in the pool while Jessica and Nicole are in the room chatting about casual stuff.

Holly joins with her rockin glasses 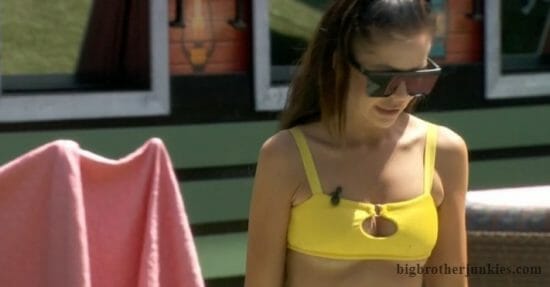 1:40 pm – Christie has a brief meeting with Jess in the kitchen to make plans.

Christie says that she was going to make a pitch to Holly during their fight (Holly/Jackson fight) but now they’re together again. Christie says it’s silly because even if they go to the f2, he’s winning over her

Jess says Nicole is debating on who to vote. Christie says that is good because they won’t even need to go to Holly and Jackson

They are really going to hammer Nicole this week. I don’t see her swaying from Cliff to side with Christie but stranger things have happened

Christie says she kisses Jackson’s ass but America knows she doesn’t really mean it. Jess says she can’t do that. They plan on meeting back up later tonight.

4:30 pm – Everyone sitting around literally doing nothing lol.