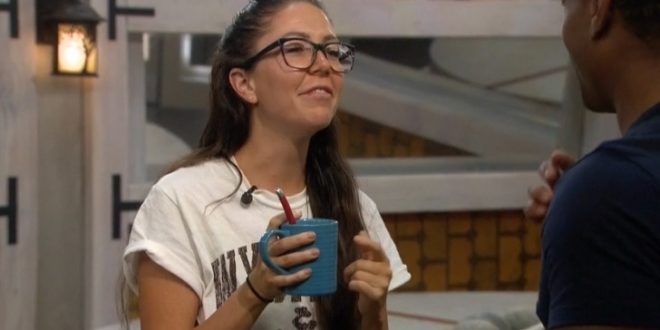 Good afternoon, everyone! I hope that you had a great weekend.

It’s Monday in the Big Brother house which means it’s the veto meeting and pretty much the end of the game week until Thursday night.

Not a ton to report in this blurb other than what we expect which is Kat to save Jess with the veto and for Nicole to replace her. Moving forward, it’s hard to say who is actually leaving yet because the house appears to be divided on that. Christie is still terrified of scary Cliff while Nick and Bella want Nicole gone. I do think Christie has more power in the house and they’ll eventually end up doing what she wants, but she could end up wanting Nicole gone.  We’ll find out as the week progresses.  Personally, they’d be stupid to vote out Cliff over Nicole but that’s my personal opinion. Not that I want Nicole gone, but Cliff is such a non-threat that he works in a positive for them as he fills up a slot in veto comps that will likely lose. Nicole can win an endurance comp and she can win a mental comp. She can even win a crapshoot luck comp. Her odds of winning comps are incredibly low, but they’re still much higher than Cliff.