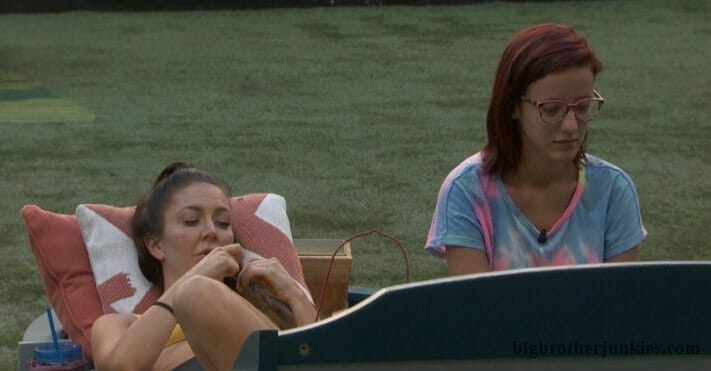 It’s official, either Jessica or Cliff will be walking out the door this Thursday night in the first of two evictions. The big question will be which one it is because we have two very different sides battling this week.

On one side, you have Holly and Jackson who are trying to play nice and work with the entire house for some reason. On the other side, you have Christie who will stop at nothing to save people she is close to (or needs) and that person is Jessica this week. Let me be clear, Christie is only fake close with her, but she’s doing it because she has no more numbers and sees how badly Jessica wants to be accepted into the ‘cool club’. Jessica recently cried and said ‘that’s all I wanted to hear’ (paraphrased) when Christie told her they are aligned together. An easily manipulated Jess has been targeted by a master manipulator. Not a good pair.

I’m not faulting Christie for doing that. It’s part of the game and she badly needs that number to stay in the house. I have full confidence that she is telling the truth when she says she wants to go to the final 3 with Jess. It’s just obvious she wants to go there with her because she knows she’ll likely beat her in the comps (but Jessica doesn’t need to know that).

Nicole made a comment to Jessica that she is weighing all options this week which gave her a glimmer of hope and it may turn out to be Nicole’s biggest nightmare. Jessica told Christie what Nicole said and Christie immediately shifted gears into full speed on Nicole this week. Holly and Jackson are going to be extremely difficult to crack and they need Nicole to flip otherwise it is just a tie and Jackson breaks it. Christie sees an opening and is going to absolutely try to exploit it.

If the vote were held tonight, I have no doubt that Jessica is walking out that door. However, a lot can happen between now and Thursday. Especially if Christie really only needs to focus on one person to flip. Here is to a long week ahead of us!

Nicole tells us that Jackson put salt into the Sprite so they got him back by putting some Worcestershire sauce in his drink. 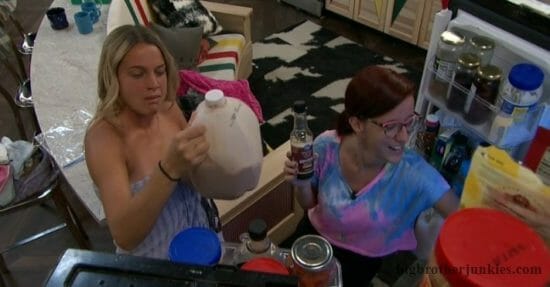