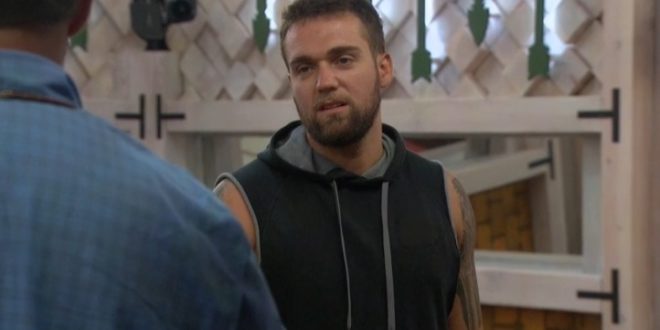 Well, that was an interesting day in the Big Brother house. Christie managed to pull off her plan of convincing Cliff to nominate a number on his side and she keeps her power. Cliff managed to secure a spot in jury to guarantee 6-7 weeks of stipend, so congrats to him. Making jury is quite an accomplishment if you’re not actually trying to win the game, so he should be proud.

I kid, obviously. I’m hugely disappointed in him because I know he’s a fan of the game and that move would have been epic. I would have loved for him to sacrifice his own game for my entertainment, but he decided to play the safe and boring route. Whatever. Everyone knows his game is toast regardless, so it just would have been nice if he took out a big player with him.

As I said earlier, you have to give Christie and her alliance credit as well.

Moving forward, it’s hard to say what’s in store for the rest of the week now. Bella is going to try to save her game, but probably give up quick when it goes nowhere. She’s likely going to accept it and spend as much time with Nick as possible. Meanwhile, the 6shooters will work on their next target who is likely going to be Nick or Sam. It sounds like Jackson and HollyBeth split up so there will probably be a lot of shit-talking in that department, but that’s about it I think.

They had a house meeting tonight which summed up the season so far. Pointless and boring.

Updates in the comments