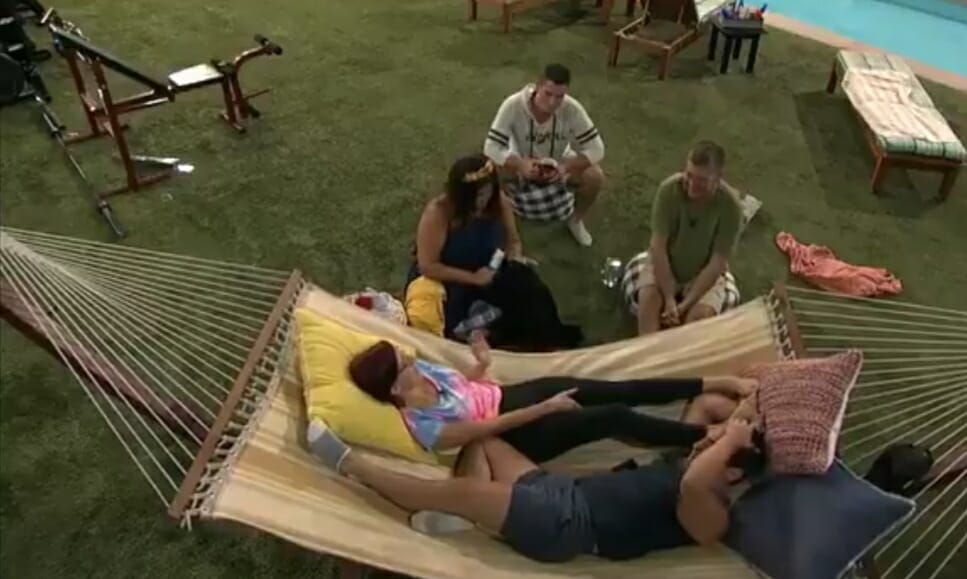 Good morning BB Junkies, hope you had a good one. This was the most days off together I’ve had in a while. My schedule is often all over the place. In the summer, I might work 15 days straight but in the winter, have an unexpected week off.  Sometimes, this gets me in trouble because I’ll get an urge to repaint the whole house during so much down time, get halfway through it and work will pick up again out of nowhere. The time off has been great but selfishly, I had hoped for better feeds. I knew I could stay up late and not worry about being tired the next morning. Who wants to stay up to watch Jess basically, do nothing?  Oh well, you can’t have it all.  I’m still happy because I’ve been ready for Jess to leave for some time and unless something really unexpected happens, it looks like she’s heading out the door. Sure, theres other people I dislike but I’d rather watch people who play the game, even if I don’t like them. Everyone in the house except Jess, is playing the game. They may not be doing it great but they are invested at least.

I can’t believe in a few days we’ll only have 5 people in the house. I don’t know why I can’t believe it and I probably say this every year. Usually, I feel the season has flown by too quickly but I don’t feel that way this year. I think it was the combination of work, moving and having a cast I didn’t really like. It’s harder to be all in when you’re writing about people who don’t really entertain you. I’m still looking forward to the double eviction because it’s a fun night no matter the season. I used to refer to it as the unathletic persons version of the Super Bowl. This year, it may feel more like a 2nd grade, youth league game, and we’ll be watching them stumble around, not knowing which direction to run.

The Veto ceremony happened yesterday and as expected, Tommy took Christie off the block and Cliff went up in her place. They hung out by the pool and very little game talk was happening. 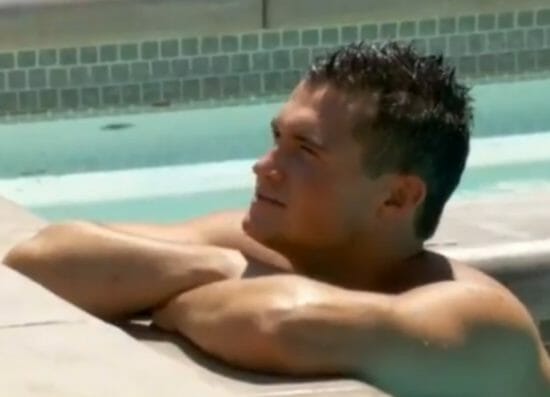 Beth’s still in a war with those split ends: 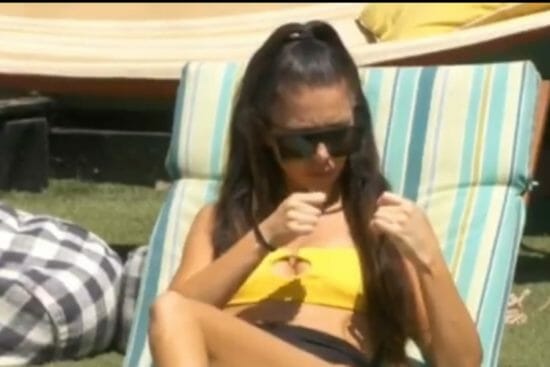 Christie and Jess had a conversation about what Jess’ pitch should be. Christie told Jess she might need to work some kind of deal with Jackson and told her it was fine if she needed to tell Jackson that she was going after Tommy. She was trying to make Jess understand that she needed to tell him something, anything, no matter what it was. Jess is sure she’s Jackson’s target and doesn’t see the point in talking to him about it. She told Christie, Nicole talked as if she’s still on the fence so Christie encouraged her to spend her time working on Nicole because if they have her vote, they don’t need Jackson or Beth.  Christie said she and Tommy would talk to Nicole separately and without Jess around. She thinks they can work together and get Nicole to see that Cliff would beat Nicole in a F2. (It’s not happening)

Yep, that’s your recap of the daytime feeds. Now, moving on to the evening. BB gave them a grill and let them have a Labor Day celebration. It usually feels like a bigger deal since the have nots get to take the night off and join in but it didn’t seem to matter as much this year. Nicole became a little emotional since a bbq was the last thing she did with her family before leaving for BB. 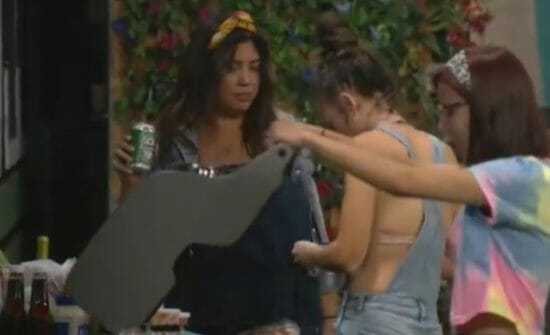 Jackson was also excited to have a grill and to no one’s surprise, he took it over and quickly claimed it as his domain. He began doing things to meat I didn’t know was possible. He always likes to over season and apparently when he grills, he likes to smash the food and remove every last drop of moisture from it during the cooking process. Now, I don’t want to be too judgmental because I’m not certain of his goal. If he was going for some kind of jerky, he probably did an amazing job! Regardless of the overseasoned flavor and dryness, he was very proud of the sear marks he’d created and walked them over to give everyone a chance to witness his greatness. 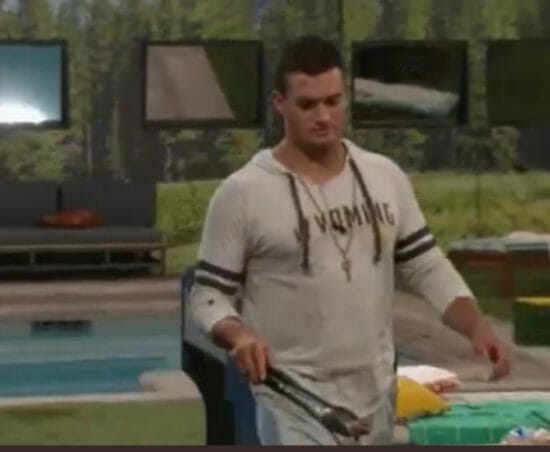 Cliff and Nicole have recently floated the idea of throwing the next HOH comp and letting the other pairs fight it out. They quicky realized they need to go for it because it’s too risky. Cliff thinks Tommy using the veto on Christie has shown everyone the two are still very close. He thinks it’s good so they’ll still be seen as a pair, like Jackson and Beth and Cliff and Nicole are. They also talked about the end game and which couple to stick with but all that will be out the window when they find out it’s a DE.

Jackson and Beth agreed to throw the next hoh for the same reason but they’re already changing their minds too. They’re also having some buyer’s remorse from saving Christie. (finally, it’s about time) They’ve gone back and forth as to who is the bigger threat between Tommy and Christie. Beth insinuated they should’ve gotten Christie out earlier and it was Jacksons fault.  (As I recall, she jumped on the ‘save Christie’ plan before he did because she was sick of Sis being in the house) He quickly told her, it wasn’t his fault and there wasn’t anything he could’ve done about it because Tommy won the veto. (Ummmm, maybe put Tommy otb with Christie??) I may have recently said taking out Jess wasn’t a terrible idea and I still stand by it. I never said it was the best plan though because it wasn’t, just that it wasn’t bad for Jacksons game if she left. With more skilled players, it could’ve been a really good option but not with this group. Jackson and Holly also talked about how they might lose to Cliff  in a F2.  I’ve wondered who they would take if the end played out with both of them still there and having the option to choose. It’s looking more like it could be Nicole. (I still think Beth secretly wants Tommy but I could be wrong) 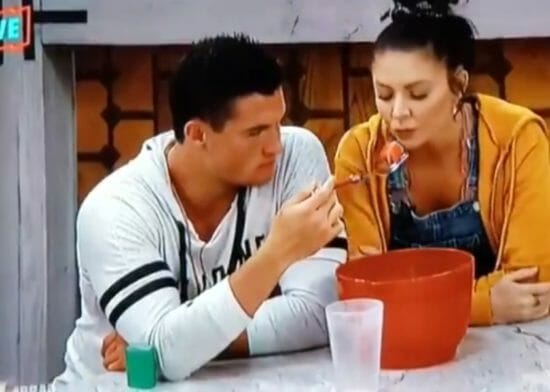 Nicole is still worried about what happens when the show ends.  She isn’t referring to social media, after parties, etc.  She’s referring to the process immediately after the show ends. She’s afraid they say, as she put it “here’s your suitcase, you’re on your own.”  It’s been brought up before and it’s a funny conversation.  Cliff and Jackson assured her they don’t do it that way and she won’t have to find her own way to an airport to go home.

Pranks continued yesterday with Worcestershire (I think) in Jacksons milk: 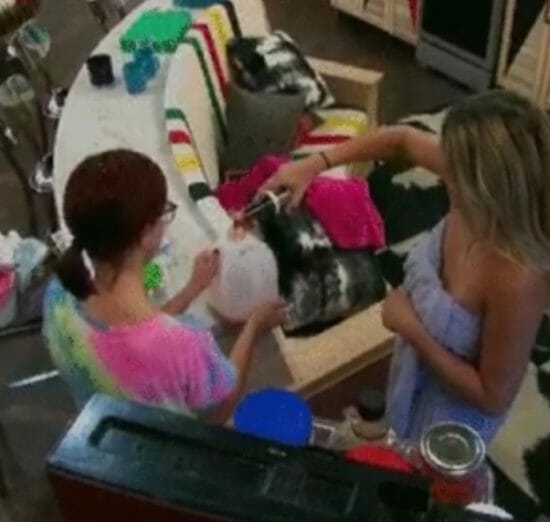 They got him and he spit it out: 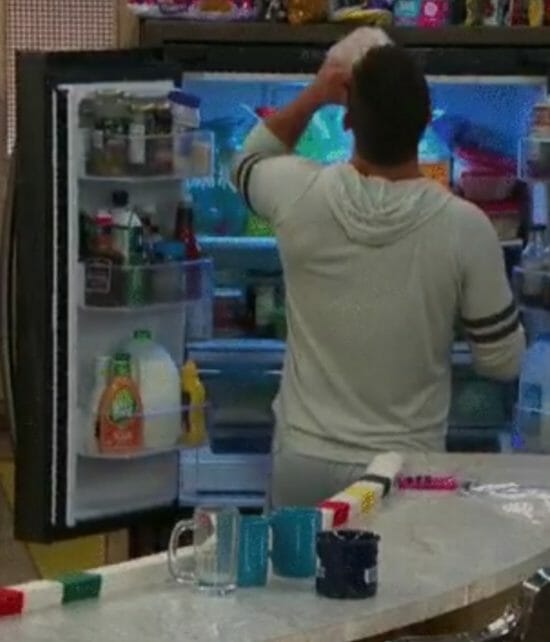 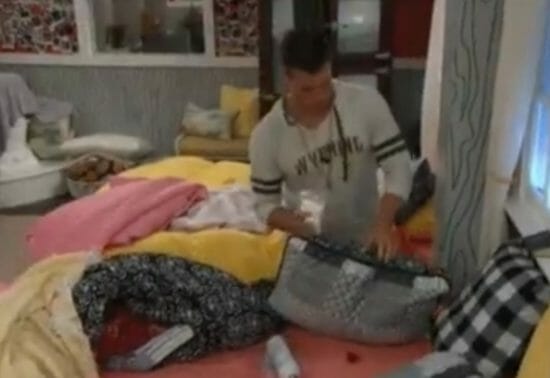 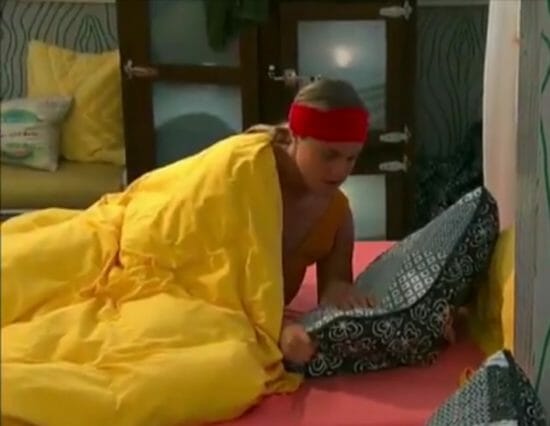 Cliff and Jackson were wetting and freezing shoes too but that’s been done so who cares? Nicole suggested to Tommy they hollow out a watermelon for a Jackson surprise but that one hasn’t happened yet.

That’s it for yesterday and hopefully some campaigning begins soon. I have no faith in Jess to save herself but if Christie and Tommy decide to try, it could still be interesting.  I think those two had a real chance of flipping Nicole. (not against Cliff but against Jackson and Beth) They’ve been putting in some time with her lately.  She’s been doing the same with them but if they push for Jess to stay over Cliff,  I think it will be time completely wasted on their end.  Tommy especially, has been talking to her about Jackson and Beth working both sides and the way to prove they arn’t, won’t be going behind their backs and trying to keep Jess.  OK, it’s probably going to be boring until Thursday and I’m trying to find a rainbow in a pile of doo doo but let’s stay optimistic. Have a great Tuesday.