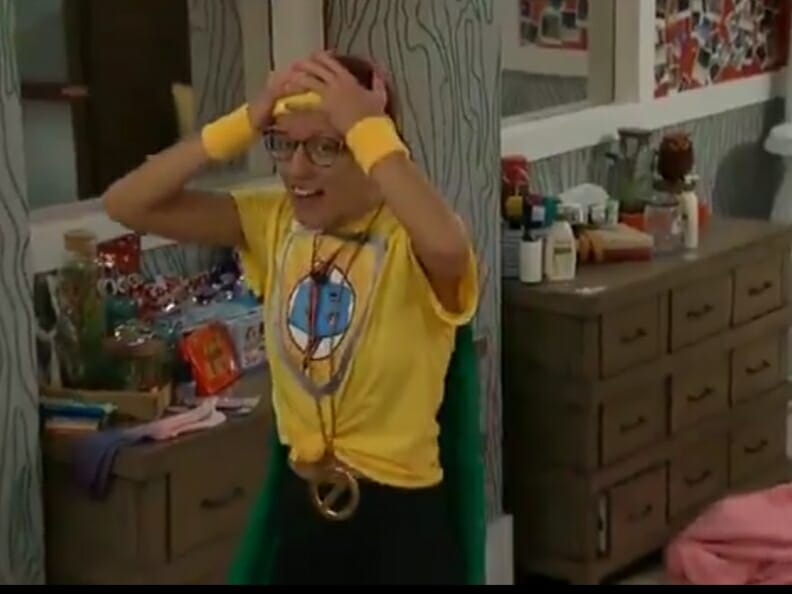 Great morning everyone! I’m sorry this is so late today but there was a lot to go over. This is more brunch with Mel instead of Morning with Mel. The recap will be seriously out of sequence because yeah!!!! Nicole won the veto!!! Everything else is an afterthought, at least for me. Not only did she destroy her competition yesterday in BB Comics, she now holds the record for time in the comps original format. (Kaycee won last summer and has a lower time but the comp was set up differently for BB20) If we’re comparing watermelons to watermelons, Nicole would be the new record holder, beating BB16 Christine by a little over a minute. Tommy came in 2nd and he was several minutes behind Nicole. Beth did terrible in the comp but she’s said lately her “body was shutting down” so what did we expect?

Now that’s a high kick I can get behind: 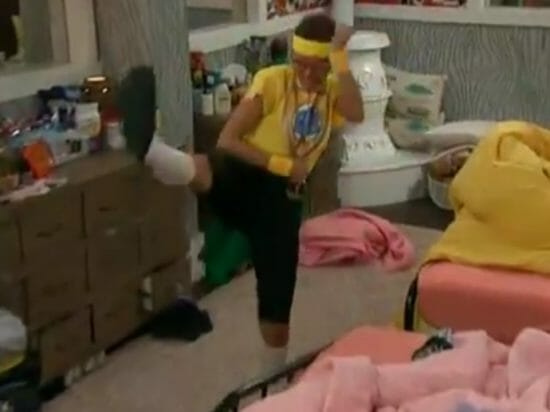 We’re past day 80 and I’d be shocked if anyone needed this info but for the people in the back: Beth=Holly.  (Who’s Beth? could end up being this years Who Flipped?)

I’ll probably use a disproportionate amount of post veto pics in this recap. This isn’t a veto winner update but I’m happy for Nicole and my other option is a large selection of Beth in her naked leggings. The nude color is weird enough for tv but that’s not even the part that bugs me. I wear leggings too but even at my newly 50 year old age, they don’t sit inside my butt crack so I just don’t understand this look. Ya, you’re getting one pic of it just to kick start your morning: 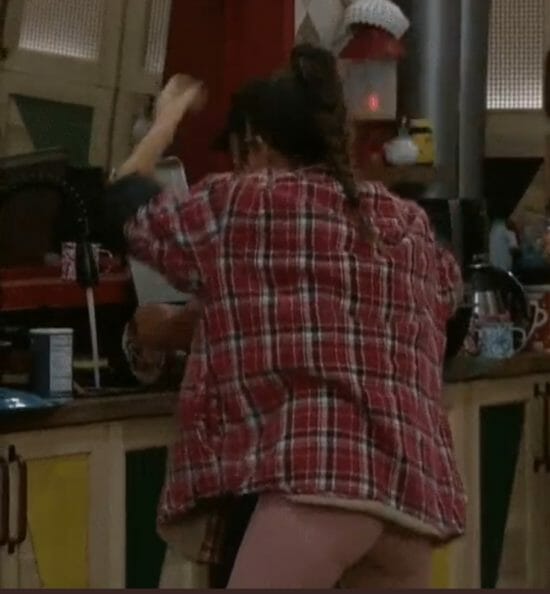 Cliff told Nicole she may have set a record and would probably be asked to come back and host BB Comics. (This isn’t the type of comp that usually has a host but I liked the idea) Nicole said before the comp, she was winning it and taking Cliff off the block. She said “you don’t leave your #1 sitting on the block” and as far as she was concerned, it wasn’t up for discussion. 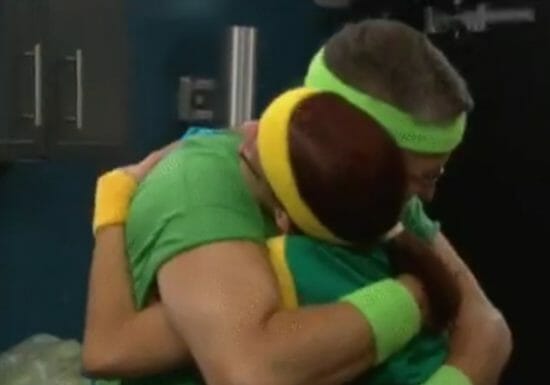 The other big news from yesterday was Tommy telling Jackson and Beth about his outside relationship with Christie. (I did not see this coming) I’ll get into that more later but for now, let me back track and actually do a recap of Saturday.

Side note: For the record, 50% of the 6 Shooters made it to the F5 but 66% of the Fellowship of the Zing made it and their alliance included someone who’d already been evicted. Therefore, for active game players, 100% of the Zing alliance is in the F5. I only feel this is relevant because the 6 Shooters made fun of their alliance and said things like “Awww, isn’t that cute? They have a little alliance.”

I have no idea where this is going to end up by Thursday but it certainly isn’t boring. I also don’t think the decision is that cut and dry this week. I’ve leaned towards sticking with Jackson and Beth for a while. I also thought they should’ve evicted Tommy over Christie but thats because I was playing the odds for comps and Christie working with Jackson or not. When the call isn’t clear, sometimes you just have to run the numbers and let that make the call. You can also choose to chuck all that and go with your gut. Regardless of what I’ve thought or anyone else thinks, there isn’t a right decision this week. There also isn’t a wrong one. This is a more difficult call than we usually see on BB and it’s too close to say this one is right, this one’s  dumb, that’s a big mistak, etc.

Sure, if they keep Tommy, he wins the next veto and evicts Cliff or Nicole over Jackson, it would’ve been the wrong call but they don’t know the future. What if in the future, they would’ve lost the same comp to Beth? I think any of us saying it needs to be one way or there’s only one correct move, are injecting our personal wishes into it, even if we’ve convinced ourselves we arn’t.

Other than knowing for sure if Tommy would promise to evict Jackson and keep his word or knowing which one, out of Cliff/Nicole, Jackson and Beth would keep, there’s only 3 things to consider in my opinion. Theres no way of knowing the two things I just mentioned so lets focus on these. If you’re Cliff and/or Nicole:

Here’s the problem, the answer to these questions arn’t the same name for every one. That’s why this is so tricky. The answers may be different for Nicole than they are for Cliff too.  Will Nicole and Cliff find out Tommys secret and will they have the same moronic reaction as Jackson and Beth did? That could also change things. For now, I say we all just chill out and enjoy Beth going on the block. We’ve got time to sort out the rest.

Have a great Sunday.   Mel