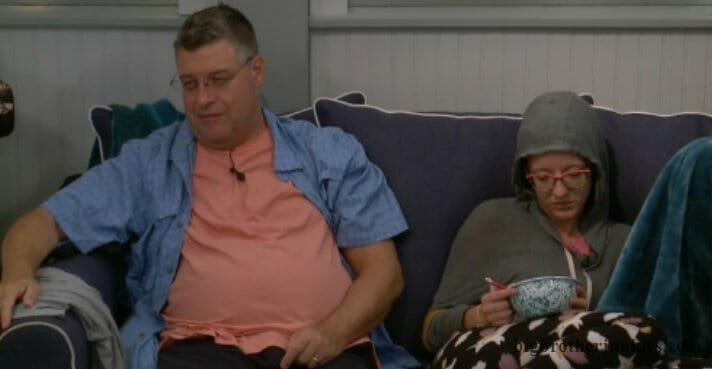 Before I begin, I want to say that updates may be a bit spotty the next few days. I’ll keep having threads up so the comment section can do their thing, but I am having family health issues. For those who have been around here a bit, they’ll understand what issues. Needless to say, I may have to visit the parents soon which makes my updates slower as I can’t always monitor feeds all day.

Fortunately, it will probably be a slow week because that’s just the way the season has gone. Nick and Sam are on the block together and one of them will be leaving on Thursday no matter what happens. Well, they should be leaving on Thursday. There is always a super outside chance that someone is backdoored because this is Big Brother after all, but it sounds like Christie has to sign off on any big moves in the house and she’s set on getting Nick out.

I forgot to mention yesterday that there will be have-nots this week. It is the first three people who fell from the endurance challenge and that is Jess, Nicole, and Sam.