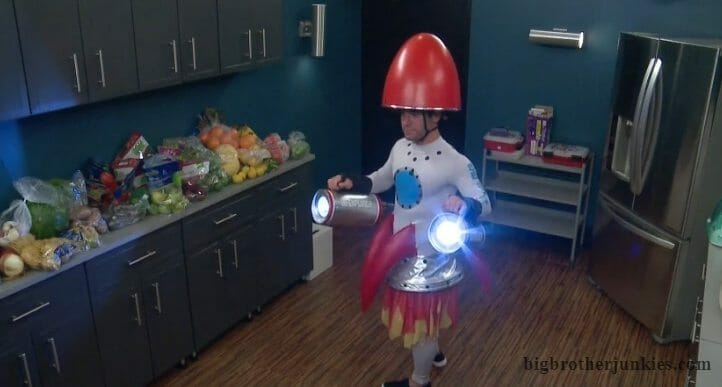 As I stated, I need to work today and don’t know how long it will be, so I wanted to create a fresh post for today until I get home.

Yesterday was the veto competition and for the first time this season, the HoH won the veto. Yes, that means Jessica is the veto holder and has all the power this week. Who would have thought I’d be writing that a week ago?

The plan right now is to get Jack out but that’s not going to be easy with this crew because the people who want to get him out are extremely disorganized and floating through the game. They need 4 votes to tie which should be easy, but I have a feeling we’re going to go through the entire week unsure if they’ll actually secure 2 of the votes until Thursday night.

While Kat is more of a sure thing to evict Jack, Nick has been heavily playing both sides and is really tough to figure out. That’s because, as Nicole pointed out, Nick likely really is playing both sides and will go to the stronger side next week. It’s very possible he votes to evict Jackson because that’s the safer move.  If Kat flips and Jackson goes, Nick will have won trust with Jack.  If Kat doesn’t flip and Jack goes via tiebreaker, Nick can play dumb that he wasn’t confident about the vote and didn’t want to hurt his game. This way he can try to play the middle another week to see how things flush out while the two sides continue their battle. Considering he was #1 target just a few weeks ago, this isn’t exactly the worst idea in the world for him.

The only thing that Nick is not factoring in is how much he’s pissing off the floaters by crawling back to the strong crew after they’ve beaten him down a few times this game. His plan may be to sit back and let the sides battle, but he very well may be a target regardless of the side that wins this week and should probably work on shoring up some real allies rather than clinging to the side of both groups.

Tonight on CBS, it’s the HoH competition and noms. Hopefully, I’m home before that point! Have a good day!