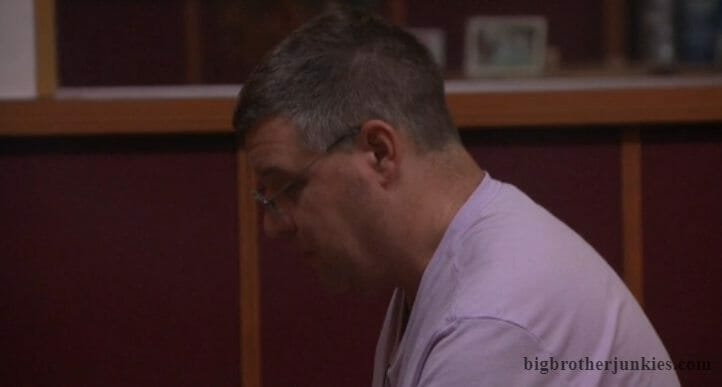 I hate work! Not this work, but the other job. I hate that they have me working anywhere from 5 to 12 hours per shift. Makes it really hard to plan anything around that.

The worst part is trying to catch up on the feeds because I feel so out of the loop the longer I’m away. It’s hard to summarize this stuff when I miss key conversations, so I’ll try my best.

It appears there was a lot of decent stuff happening in the house today. Nothing major but a lot of little things like Nick, Jess, and Christie apparently had a blowup of some sort, but I think it was when feeds were down (from what I understand). That’s great. Nothing like not showing us the good stuff. Is this Celebrity Big Brother 2 all over again? In addition to that, Jack and Sis have been campaigning hard today and have even contemplated calling a house meeting to blow up Jackson (do it!). Nick is still playing the middle of the house and is really a hard one to read.

I’m going to start this thread now because the other has far too many comments. I’ll update and/or correct it when I find out more.