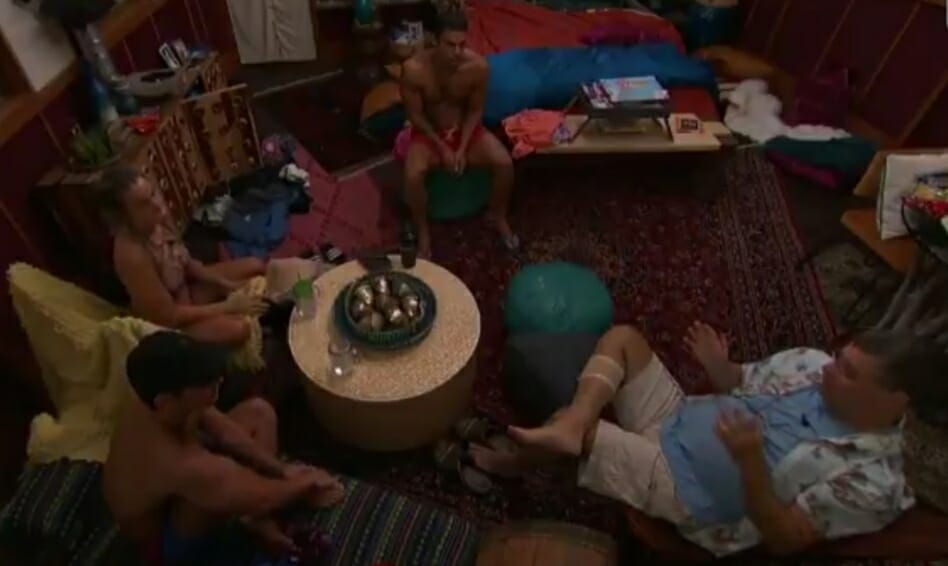 Cliff and Nicole finally realized they don’t have the votes to get rid of Jack because of Kat. Cliff talked to Nicole about calling Christie’s bluff and it seemed like he was considering it early in the day. He told Nicole he would make sure they talked again before he did anything. (Cliff trusts Nicole and Sam only)

Sam told Christie she should keep her power and pushed for Jack to leave. He said they needed to get him out while they had the chance. Christie told Sam she doesn’t plan on going to the end with couples. (Shes’ been telling everyone this but no one seems to notice she doesn’t give a reason for why Jack can’t leave now) Christie just talks about Bella being toxic and says Bella is coming after her. Sam trusts Christie and believes she wants Jack out so he’s comfortable telling her this stuff.  Christie relays all of what Sam said back to the 6. (Tommy will get his way because Sam is the next target for the group)

Nick knows there’s a good chance Bella will go up when Jackson comes off the block. He’s telling people in the 6 he’s cool with it. Nick told Sis he was planning to talk to Cliff and try to get him to make a deal with Christie by saying he would put Bella on the block but then put someone else up instead.  Naturally, Sis took information right back to the 6. Separately, Nick told Cliff if Christie used the power to get Bella otb, he’s coming after her. 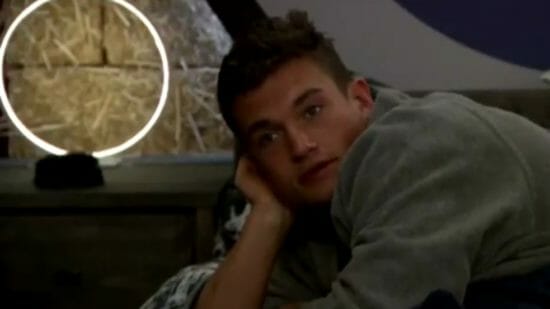 Sis and HollyBeth discussed both of them being late and I don’t mean for a BB ceremony.

Kat told Cliff it was better for her game if Bella left over Jack so at least he knows what he’s dealing with for the votes. She also told him she’s heard Jackson talk about needing to get rid of Christie since she’s close to Jack.  Kat said Jackson is obsessed with Jack. (Hopefully, Cliff can use this info later) She said she was afraid Sis would turn against her if she voted Jack out. (Holly is who should go otb to get Kats vote but Cliff doesn’t know this) 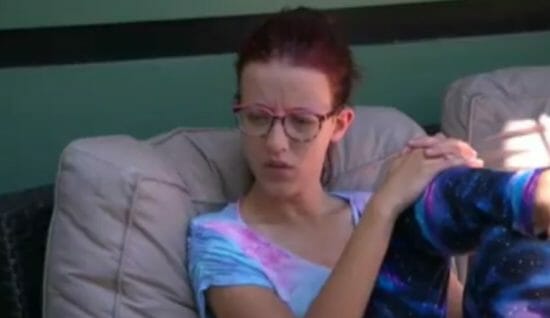 Christie and Sis were upset with Nicole because Christie said Nicole “owed them” but she didn’t guarantee her vote in their favor. Sis wants to get her out next if possible because she doesn’t trust her. Sis did her usual trash talking.

HollyBeth and Kat confirmed their F3 and said Jackson was the third. Kat was worried people would come after her after Bella left and they talked about the 7 person alliance they have. HollyBeth said Kat wouldn’t be the next target because she has the 7.

Nicole talked to Cliffs family on the cameras. She said they had a great father and husband. She said she wanted to go to the end with him. (Steve posted a tweet from Cliffs daughter on the previous thread)

They’re still talking badly about Kemi and it continued last night. Why are they still obsessed with Kemi? Sis said “I know that b*tch is saying something fu*ked up about me.” These kind of comments have continued since Kemi left the house. Too bad they dont know about Kemis post on social media after she got home, not that it would make a difference to them:

Jess told Nicole it was too soon for Cliff to try a big move. They agreed that not having Bella in jury would be a good thing but Nicole worried they may not make it to jury now either.

HollyBeth and Jackson had another argument and he pouted and went to bed. She made a joke about his body changing from slop and it didn’t go well. He said something about “an eating disorder for 5 years” but said he didn’t want to talk about it. She still brought him slop cookies and milk to try and appease him. (Personally, I don’t think she needs to be embarrassed about sex on the feeds nearly as much as she should be embarrassed about her taste in men being shown)

Nick talked to Christie to try and save Bella. He had Bella talk to her too but nothing changed. Bella woke Cliff up to tell him Nicks plan about lying to Christie so she wouldn’t use the power and putting up whoever he wants. Cliff said he’d thought about it but it was too early in the game for that kind of lie. (He’s right) He said he would think about it and they would talk again.

Christie and Cliff said they would talk before she has to make her decision. I think they said it will be at 11:00 a.m. but don’t hold me to that one in case I heard wrong. 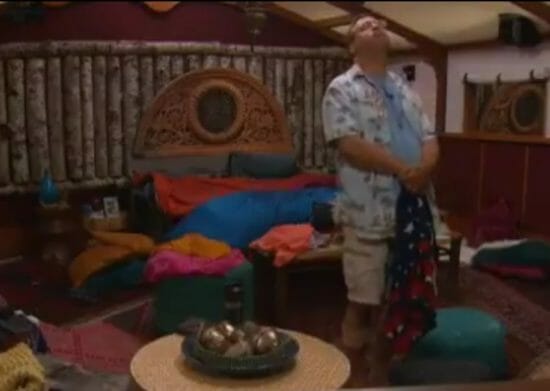 Cliff is taking a lot of heat from fans right now (Twitter comes hard!) but I don’t think there’s a right or wrong choice with this one. Sometimes there is but this situation is a bit more complicated.  Cliff is gambling with both options and he knows it.  Sam shouldn’t trust Christie, Cliff shouldn’t trust Kat and Nick shouldn’t trust Sis.  These are clear cut game decisions that are known with evidence to support them. Cliffs hoh….not so much. (What he should’ve done is put Christie and Tommy on the block to start with but I can’t blame him for not knowing that when no one else in the house does either)  Lets look at his options:

He could convince Christie not to use her power, say he’s putting up Bella and put up someone else. He could put up Christie for that matter, and personally, it’s the one I’d like to see. It would also be the best way to guarantee Jack went home because for some reason, everyone in the house either trusts Christie or thinks they could trust her and wants to work with her.  What does Ciff get out of that move? We get some entertainment for the day because it’s a huge move and it probably helps people like Sam and Nick become smaller targets.  Cliff gets to become the number one target for the 5 people left in 6 Shooters after Jack is gone. Truthfully, it’s more like 9 because Nick would run back to his old alliance and take Sam with him. Kat is already with them and Jess just goes with the majority.  This would also happen when Cliff can’t compete for HOH and all he would have is Nicole.  He would also lose any chance at making any kind of deal with anyone in the larger group because his word wouldn’t mean shit for the rest of the game. (You can make a big move and lose credibility but doing it with 13 people still in the game is risky) Cliff could get rid of Jack but as they say in sports, it would be “win or go home” because next weeks veto is the only thing that would keep him there. Remember Jesse in BB10? Cappy in BB6? Yeah, the 6 would be wanting that kind of retribution against Cliff.  I’m not even saying he shouldn’t do it.  I’m just pointing out what a big gamble he’d be taking. The only thing he’d gain is turning the official 6 into 5 but at what cost?

I understand his chances of winning are small now but they become zero if he makes that move. Sure, he impressed us by winning 2 comps back-to-back but is Cliff going to win his way out from now till the end? That’s what he would have to do.  Most people fail at trying to do that from the final 4 to the end of the game, try doing it from 13.

His other option is to appear to be working with and appeasing the other side.  I know some people don’t understand why he would let Christie keep her power and not force her to use it if Bella is going on the block anyway. If Ciff forces her to use the power, he isn’t really “working with her.” It’s the difference in Cliff being seen as someone who worked with them as opposed to someone who got outplayed by them with a power. He’s already planted seeds about Jackson to Christie and from things she said, it’s starting to work. (Sure, it’s a longshot but its something) He knows the power screwed his hoh and he knows he isn’t getting out of this week unscathed.  From his perspective, his only hope is to put himself lower on the pecking order and hope the 6 turns on each other before it becomes his turn. This is also working because even Jack and Tommy are fine with moving Cliff down on the list of targets. (and they were the ones who cried over the idea of Jack leaving) Cliff also understands (even tho Christie doesn’t) her power is potentially worth less each week.  She has it in her head that it will simply save her but that’s not true. Her powers value is in having the majority of votes, which they have this week. Depending on who wins and goes on the block, that may not be the case the next 2 weeks. (Ya, they probably will but it would be someone else’s problem other than Cliffs)

Getting out one of the 6 is important and if they don’t, they’re going to get picked off. Cliff isn’t stupid and he knows this. It’s the reason he put the jackoffs on the block in the first place.  Christie’s power, Kat and Holly having an outside the game relationship and the lack of awareness from the outsiders as to who they can trust, totally ruined Cliffs chance to do it. I don’t blame Cliff for not making the move nearly as much as I blame the rest of them. Nicole, Jess, and Sam should be pushing for it so he can be the target.  If Cliff gets out one of them, he isn’t helping himself as much as everyone else. He’s just giving an assist to the outsiders who will be left in the game after he’s out.  Cliff is taking a risk no matter which direction he goes because he got screwed, not because he isn’t willing to make a move. I honestly don’t know which move is better so I can’t say he’s wrong no matter which one he chooses.

We’ll know soon enough who ends up on the block. When an alliance forms with 6 people and 4 of them have pregame relationships, we’ll have to take what we can get this season. Unfortunately, this week, we may only get Bella pitching a fit because she’s going home.  I won’t be sad if she goes. It’s just not what I wanted to see right now.

Check in with Steve later to see how the veto ceremony plays out and have a great Monday.