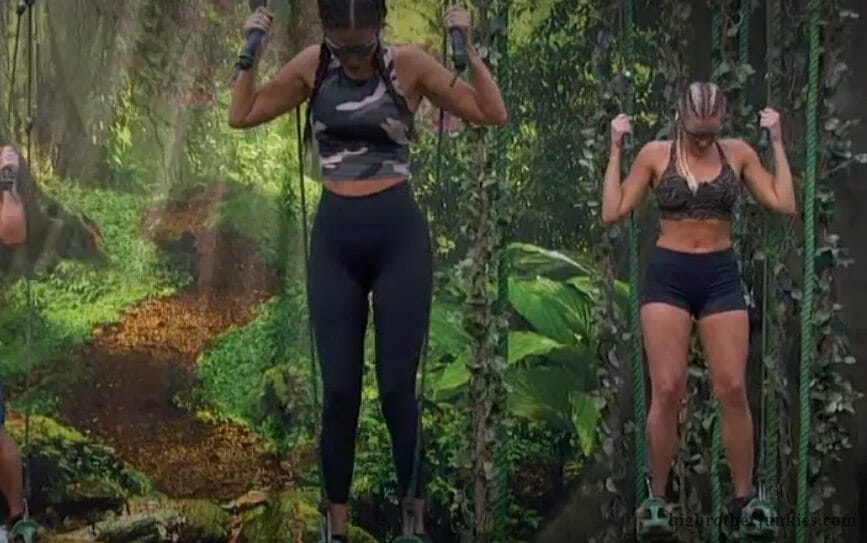 Well, that was quite the HoH competition. I thought it was going to be a quick one when Jessica fell off within like 30 seconds and Nicole didn’t last 10 minutes. In fact, most of the house fell from the wires fairly quickly except for 4 people. Holly, Sis, Kat, and Jackson. This battle lasted quite a while and even included Jackson peeing his pants (seriously), but that was for naught as he eventually fell. Kat, who appeared to just want to beat Jackson, fell about a minute later.

This is when things got stupid. Holly and Sis decided to keep fighting and hang on rather than strike a deal. A solid alliance doesn’t make the other person suffer for 30 or so minutes because they generally trust each other. Holly eventually won, but I think the longterm damage was done here as this is going to severely weaken their alliance in the longrun. Maybe Cliff was smart to cut a deal and let that alliance eat each other from within.

I’m going to update this a bit until I sleep, but here is the current status of the house

Update – It appears they ended slop early because why not? Not like Jackson was really following it anyway.  ugh.