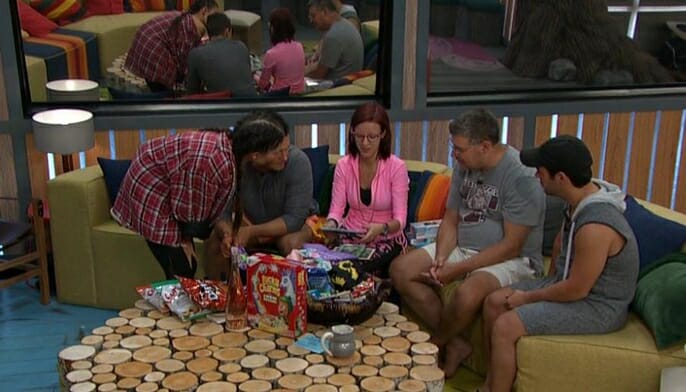 Good morning everyone. Usually, on a Friday morning, I’d be telling you who won the hoh if you didn’t stay up to find out with Steve and NK.  I can’t do that today because as of a little while ago, they don’t have one.  That wouldn’t be too confusing except for finding out Swaggy and Bayleigh were in the building last night. We assumed they’d be doing whatever they’re doing last night. The hgs went to bed without seeing them and Nicole was still the hoh. We’ll  have to wait and see what the plan is going to be. I hope they’re just hosting the comp and we don’t have to have another Nicole/Victor engagement kind of segment. (You know they like their filler for the Sunday episodes) For now, here’s a few things I have from last night.

This double eviction was so much fun. Seeing Nicole win was fantastic. I’m not even talking about should she, shouldn’t she, right choice, wrong choice. For the moment, who cares? Nicole won the hoh and that made me smile. I’ll get into the other stuff a bit later. (For the record tho, I think it was good for her game to win it even if she was safe either way)

Some things from the DE episode:

I liked this hoh comp because you could see what was happening. Sometimes, these quick ones have terrible angles and you can’t see who is ahead. Good job to production on this one. 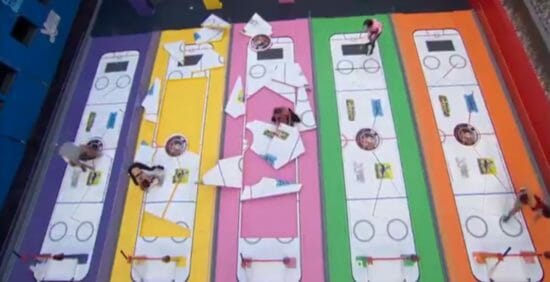 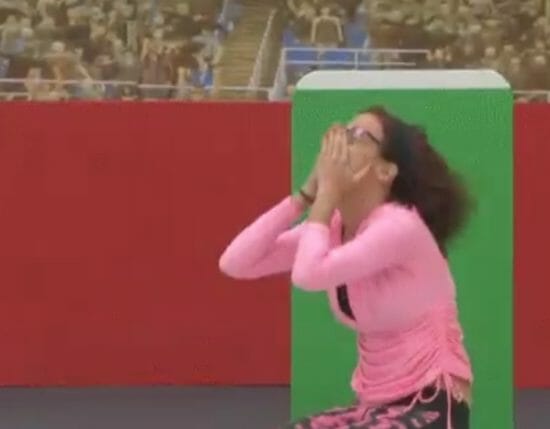 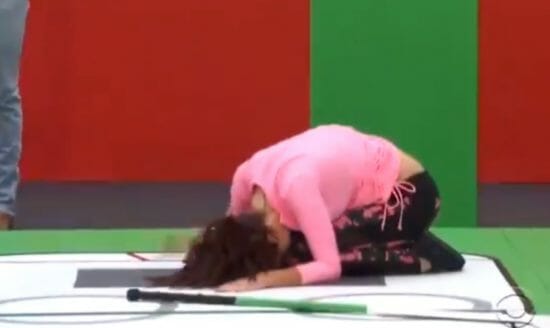 Now that one of Tommy and Christie is gone, the best thing they can do (in my opinion) is get rid of the other one. (I don’t fault them for not knowing this)  Christie will probably have influence in the jury just like she did in the game, so it’s better if Tommy and Christie were either the F2 or both in jury. It’s also why I’d like to see Beth in jury, although I don’t see Kat fighting nearly as hard for her as Christie would Tommy.

I said last night, I thought it was possibly better for Nicole and Cliffs games for Tommy to leave. It may not matter and may depend more on who wins this next hoh. (Tommy will be the new BFF of whoever wins it) There’s no guarantee who Tommy’s going to try to cling to but the odds are higher for him to have success with Jackson and Beth over Christie. Christie was more likely to keep going after Jackson if she’d stayed. Jackson and Beth also wouldn’t want to work with Christie but they’ve never stopped partially trusting Tommy. (Beth’s told Jackson she’ll never put Tommy otb)  I didn’t see it as a huge mistake but rather, one more obstacle to remove out of Nicole and Cliffs way.  Christie leaving was the best possible scenario for Jackson and Beth so obviously, it isn’t best for the other duo. Jackson and Beth controlled the vote anyway so if they were going to target Tommy, they needed to convince Jolly of that before last night. I did see Cliff and Nicole make the attempt in recent days but it didn’t work. It doesn’t mean it was a bad move. I think it was a good move, just maybe not the best one.

I saw a lot of online grumbling last night saying Nicole was an idiot for doing Jacksons dirty work.  This wasn’t because of Christie leaving over Tommy. Many people think she screwed up because she didn’t go after Jackson. I get it, no one in their right mind wants to go to the end with a shomance but the shomance ran the house for a month. Therefore, they kept Nicole and Cliff safe for a month and were the only two people who made a F4 with them. Should Nicole have chosen the other two, who’ve only became buddies with her this week because they wanted help taking Jackson out? Should they have gone with Christie and Tommy when they’ve tried for days to get Cliff evicted over Jess? (Puleeeze, take a seat!) Christie does seem to choke sometimes in comps but as they get towards the end, I’d personally rather go against Jackson and Beth since the comps get more and more mental. (Usually) Tommy and Beth would both probably do well in any endurance and he and Christie know the days better than Jackson and Beth. Not to mention, Nicole and Cliff haven’t had power so they didn’t really get to decide whether or not a shomance got this far. They showed loyalty last night with Nicole winning the hoh and Cliff winning the veto. That’s two times Jackson could’ve gone otb and didn’t. Beth might, but I don’t think Jackson’s going to turn on them. Even if Nicole seemed a little wishy-washy this week, last night should’ve eased their concerns.

Many live feeders want Nicole for AFP but last night was the first time I’ve felt she had a shot at getting the tv only viewers. (It seems like we always want someone different) She’s had more of a presence on the episodes lately with the clown thing, crying when she lost the wall comp and now, she’s won the double and taken out Christie, who many tv only viewers can’t stand.

Last night after the feeds came back:

Nicole got called to the storage room to get her hoh basket. She said it was better than Christmas. Unlike Tommys antics, this was genuine happiness. Nicole can turn BB moments into a Lifetime movie special and she isn’t even aware of it.

You’ll have to check back later with Steve to find out what we all really want to know. Sorry there wasn’t more. Have a great Friday.