Big Brother 21 – Tommy Reveals His Secret And Other Saturday Stuff 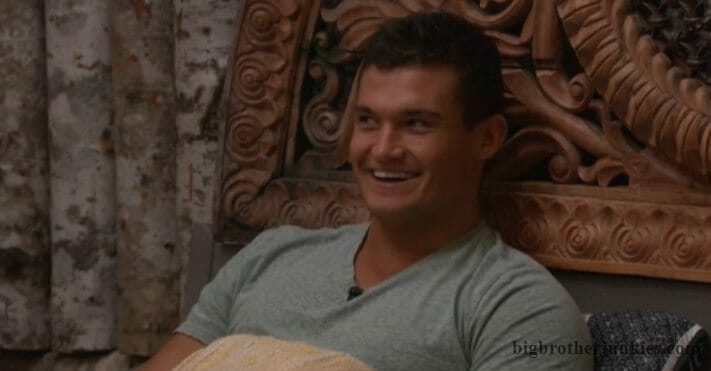 Well, it finally happened. Tommy decided it was time to play the card he has been holding all season long and at this point, may as well, right?

Twitter was in an uproar over how stupid it was, and in normal situations, they’d be right, but at this point does it even matter? Tommy has to win veto or he’s out. Sure, he basically ruined any chance he had at being dragged to the final 2 knowing his aunt’s ex-gf is in the jury house campaigning for him, but there is a positive to this move.

Seriously, I can usually see both sides to situations but I’m really having a hard time figuring out anything Tommy actually gains from this. Can anyone see the benefit of this? Obviously he does have nothing to lose today, but as I mentioned above, if he survives, he just killed any possible chance at going to the finals. Unless of course, this is his way to ‘build trust’ with Jackson and Holly before next week? He can try to spin it that the jury will already think he has an advantage so they won’t vote for him because of that which means he’s a guaranteed loser if he’s in the final 2. I guess that is one angle, but I don’t think he could actually pull that off. Dan maybe. Tommy? I doubt it.

Or maybe he’s just a bad player and got caught up in a vulnerable moment and made a mistake.

We don’t actually know how Jackson and Holly reacted to it because production decided that was a great time to cut feeds to fish and then veto. That’s some huge bullshit right there but I expected no less than the people who starved us of any good feeds during Celebrity BB 2. This has been without a doubt one of the most boring times in a mostly boring season and I guess they want to save some stuff for CBS but that’s no excuse. We’ve accepted that comps and some punishments won’t be on feeds but don’t deprive of us this. Unreal.

As I mentioned, feeds went to veto which will last for hours because it’s the comic book one but I’ll update when they return to see who won the veto. 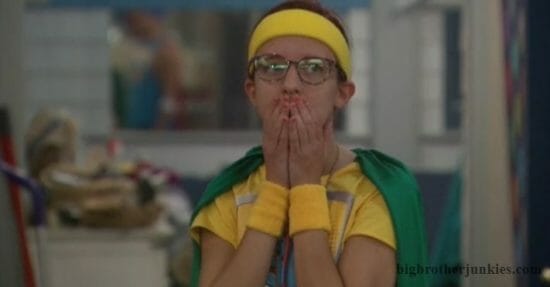 7:20 pm – Jackson and Holly are in a panic because Jackson tells her the best move is to use the veto, nominate and evict Holly because Jackson can’t play next week. He thinks Cliff is smart enough to know that but he doesn’t think that Cliff would do it. 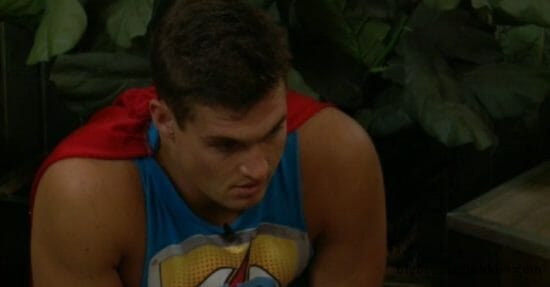 Ironically, Tommy gave Jackson and Holly the ammunition to give to Nicole for them to not side with him. Sliced his own throat if Jax/Holly tell Nicole/Cliff about it.

Holly is beating herself because she did so bad because I think she threw it or at least was tempted to throw it. That would be kind of hilarious.

Jackson is completely right. I can’t see the downside of scrapping Holly now. If they don’t make this move, I’ll be disappointed in Cliff’s ability to game.

Holly has already jumped to the bargaining stage of grief as she tells Jackson to give Nicole the HoH all week lol.

And Holly points out something that immediately jumped in my head. She doesn’t want to beg Nicole not to use it because it will plant the seed in her head. If, by some chance, Nicole or Cliff can’t see this move, Holly and Jackson have to tiptoe around not giving them the idea. Tough one.

Ok with that said I’m going to start a new thread. Check back shortly

A new thread is up!