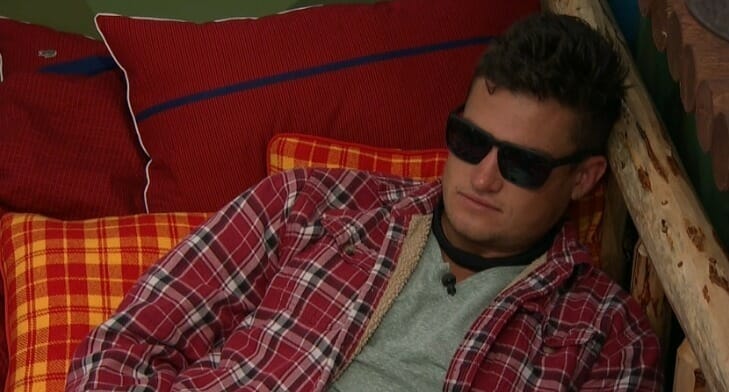 I put Tuesday feed updates because I don’t expect the need to break into an evening thread today. Hopefully, I’m wrong, but it may be a long few days inside the house if last night’s house meeting was any indication.

Sam called a house meeting which is almost always guaranteed excitement, but it ended up a pep talk for Nick. Nick just confessed his sins of trying to play the game and said he made his bed and is basically now just waiting to get evicted. This created a situation where the Jacks wanted to play hero rather than villain and started pumping him up and encouraging him to keep going. Puke. You guys were supposed to all argue, not encourage each other to keep playing!

It was a house meeting that summed up the disappointing day quite nicely. And yes, I’m back on that again because it’s incredibly frustrating. Yes, Cliff didn’t want to seem like a scumbag and go back on some stupid word he made with Christie, but I think the entire house would have understood if he said “Look, Christie, you have to use the power. I’m going to give you the opportunity to use it rather than blindsided, but I can’t play this game not forcing you to use it. You made a huge mistake of telling everyone in the house about it, and I’ll look like a fool if I don’t make you use it. I’d hope you’ll respect my decision to tell you now and it earns some trust between us moving forward. I know you’re disappointed that I’m making you use it, but nobody likes people having power so I’m doing the entire house a favor by eliminating it now that you made the mistake of telling people.”

Something like that puts it on her for making the mistake and she’ll look like a spiteful and bitter person if she holds a grudge against Cliff for playing the game. Of course, I personally would have just told her she has my word and then nominated and tried to evict her so I wouldn’t deal with her wrath, but I’m also not in the house. If Cliff is worried about honor and integrity in the game of lies, flushing out her power by being open would have been the sensible alternative. What, did Cliff think he was going to piss off that side of the house less after he already took his shot by nominating Jack against Jackson?  C’mon.