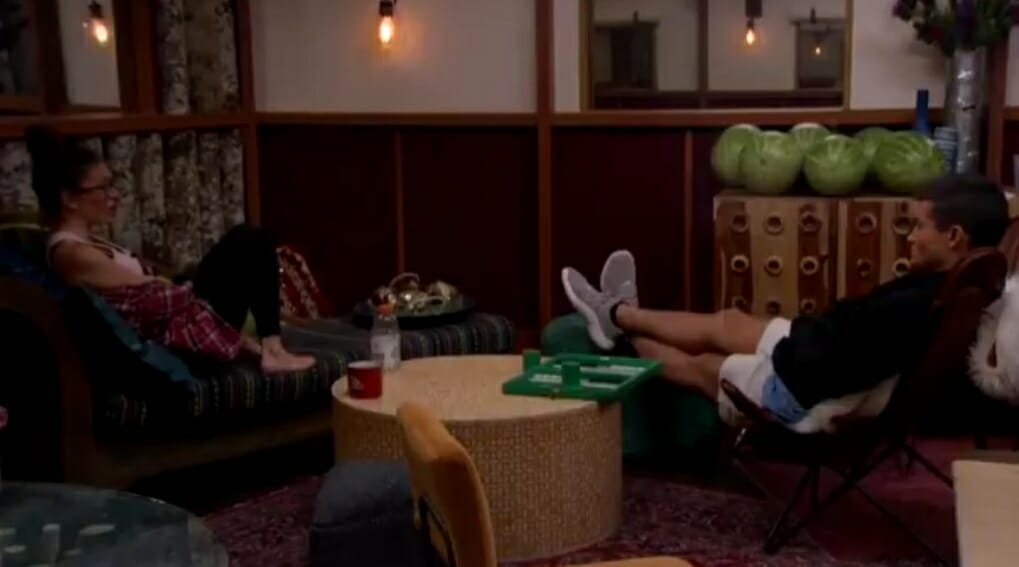 Good morning. The activity in the house started earlier than usual today because the houseguests are already up. They’d planned to be up early and have a remembrance for 9/11. They’re talking about their experiences and the lasting effects that came after. We all have them in one form or another and there’s much I could get into but I won’t. My community sits beside a military base and most of our community as far as family, jobs, etc. is centered around it. 9/11 touches everyone and you certainly don’t have to live where I do to feel it. You don’t  have to have lost a relative on 9/11 to feel it. There will be a lot going on today where I live so I suppose I’m just saying, I’m going to focus on this for now and keep everything else for later and for myself.

This is what the houseguests made last night: 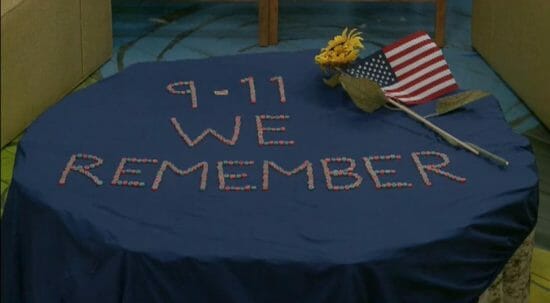 Ok, it feels unnatural to try to switch gears from 9/11 to Big Brother but it’s what I’m here to do. Yesterday was a very light and easy day for the hgs. I know a lot of feed watchers were annoyed by having to watch and egg hunt but it’s better than backgammon, isn’t it?  If we think we’re bored, how do you think they feel?  When things are boring, I can turn off the feeds, go for a walk, read a book, clean my house, go to work, etc. I’m not going to begrudge them trying to find something to kill the time they have left. (If they were smarter, they’d use the time trying to stay in the house but I still say, at least it’s not backgammon)

My opinion: I actually believe him because it’s as if it’s never occurred to Jackson or Beth how it’s related to the game. They’ve just approached it as something they should sympathize with Tommy over. I also think Tommy screwed up because once he began trying to pitch to Nicole and Cliff, he knew who was in charge this week and he knew Beth and Jackson already knew. Having this discussed the day before the eviction might not go well for him.

My opinion:  I think Jackson screwed up here.  I do think Cliff was leaning towards keeping Tommy but I also don’t think he was a 100% and that’s because Cliff knows his chances are better with Jackson and Beth than Nicole’s are, assuming they lose the F4 comps.  Jackson has been letting Cliff know for a long time, when it got down to the end, Cliff was his F3 choice over Nicole.  Neither of them ever come out and say it but they say things like “I know what you mean,” “it’s been us working together the longest” and “we’re good, I know what you’re getting at.”  I know a lot of people got hung up on Beth making the comment to Jackson about what would happen if Tommy won the veto. Beth said “then cliff will have to go.” Jackson didn’t disagree with her but he didn’t agree with her either. Less than a week before that, Jackson and Beth talked about Cliff and Nicole. They both agreed Cliff would be the the bigger jury threat but said he’d be the easier one to beat and said he was the best choice.  This was even before Nicole won 2 comps. If by some fluke, Cliff won the final hoh comp, Jackson’s also felt confident that Cliff would take him to F2 over Beth.

My opinion: Originally, I thought it was better for Cliff if Beth stayed but the only way Jackson takes him to F2 is if she gone. If she happened to win the final hoh, she isn’t taking Cliff and I have no idea about Tommy. Cliff is sure Tommy won’t take him and if true, he isn’t really worse off evicting Beth. Tommy should be harder to beat than Beth but I don’t see Cliff winning the last one anyway since the first 2 parts have physical components. Cliff gets to the F2 by Nicole taking him, Jackson taking him or him being wrong about Tommy and Tommy choosing him. (I wouldn’t mind being wrong about this) They don’t trust Tommy to stick with them but there going off of incentives. They think Tommy would rather go against them in the F3 comps over Jackson. If that’s true, they don’t really have to trust him.

Today is supposed to be Campaign Brunch  Wednesday and we’ll have to wait and see how things go for Beth. Things could also change again if Cliff and Nicole feel threatened by Tommy’s news. I’m not sure it’s going to be the deciding factor.  I think finding out about Tommy and Christie while they were both playing the game would have made them huge targets as it should’ve.  Now, they might view it just a little differently because truthfully, most of them probably feel as if they have at least one person in jury locked in.  The advantage Tommy had was more during the game and less because Christie is in jury.  I think it could come down to how influential they think Christie could potentially be with everyone or at least, that’s what I think it should be about.

One last thing, tomorrows eviction will be exactly 2 months to the day that the H8ful alliance went after Nicole and the night Nicole and Cliff made a pinky swear and said it would be the two of them to the end.  Lets hope we see some great, or in this case, mediocre campaigning today and have a great Wednesday.